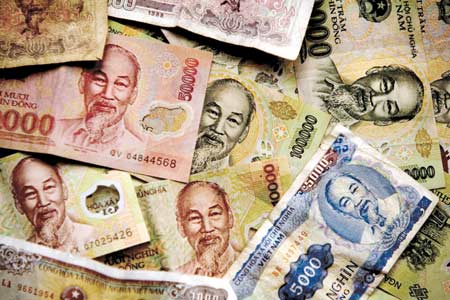 Nearly half of Vietnam’s companies say they have had to bribe officials in order to do business, a new survey conducted by the Vietnam Chamber of Commerce and Industry (VCCI) revealed. Some 80 percent of businesses in the country reported their operations had been negatively affected by corruption, the survey, released Wednesday, claimed.

Of the 270 business and entrepreneurs, business associations, and civil servants interviewed for the survey, nearly 50 percent said they had to pay bribes, which consisted of cash, luxury items or holiday packages, to officials in return for the right to bid on contracts for public sector work. Around 63 percent of respondents said that the system of licensing a business was too confusing and was a leading reason for the graft.

“There are many reasons for businesses to opt to give bribes to state officials, and when they are doing so, they think about the short time benefits they can gain,” said Doan Duy Khuong, vice chairman of the VCCI. “However, in the long run, such a practice will undermine their business ability and damage their competitiveness, since they have become much more reliant on bribes than on their capabilities to obtain their goals,” he added.

Forty percent of businesses polled said that “unofficial” expenses account for one percent of their annual operating costs, while 13 percent of respondents said the rate was as high at five percent of costs. Only 31 percent of those polled said the procedure of granting land use rights had become more simplified, but half of the respondents complained about the complexity of land allocation, and 40 percent said maintaining “close relationships” with land officials would get a company through the process more easily. Half of Companies Bribe Officials in Vietnam

According to the latest Transparency International Corruption Perception Index (CPI) released on Thursday, Thailand received 3.4 points on a scale of 0-10, and ranked 80th among 183 countries on the list. Ten points means a country has a low corruption level, while zero equates to a high level of corruption.

Maybe compared to Vietnam, only 30% of companies have to bribe officias to stay in business…

Apart from its global position, Thailand was ranked 10th among 26 Asian countries, with Singapore getting the highest transparency score at 9.2 out of a possible 10.