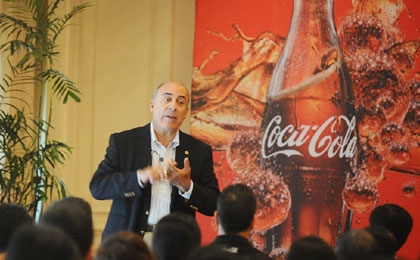 The Coca-Cola Company yesterday announced a new system investment of $300 million over the next three years in Vietnam to further capture growth opportunities in one of the world’s major emerging consumer markets.

The stepped-up investment, to be commenced from 2013, will ramp up to the total investment of $500 million that Coca-Cola and its bottling partners have committed to Vietnam until 2015.“Vietnam is an important growth market in the Asia Pacific region as we work to achieve our 2020 Vision goal of doubling system revenues this decade,” said Muhtar Kent, chairman and CEO, The Coca-Cola Company, during a visit to Hanoi.