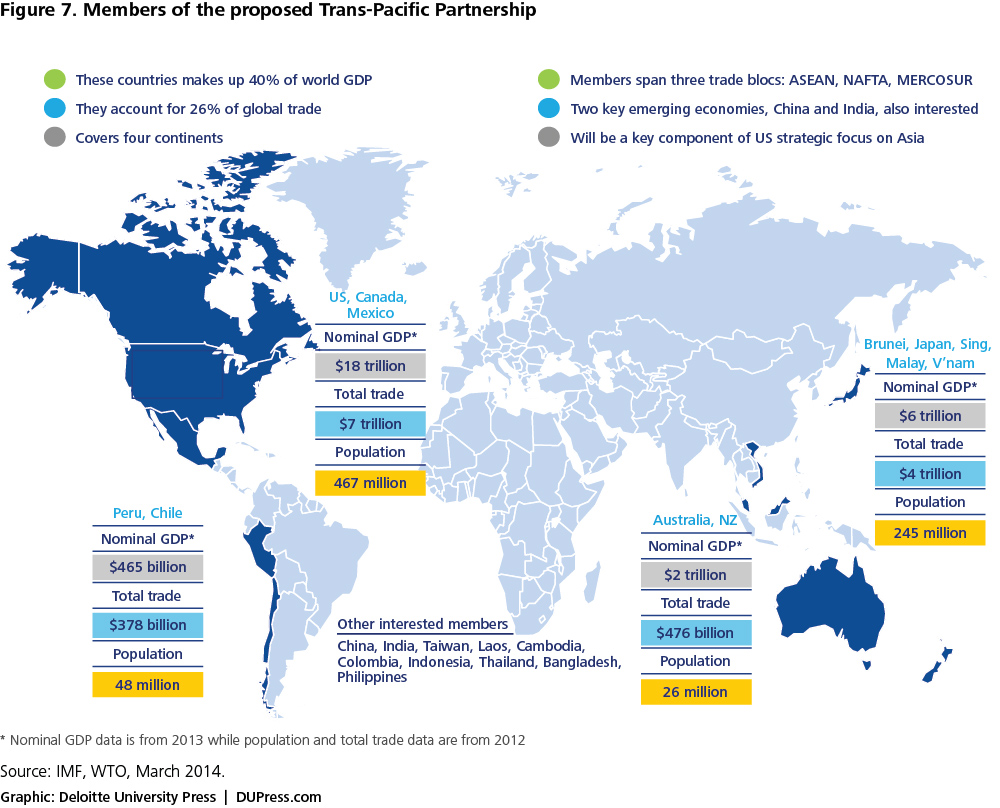 Officials from the 12 countries in the Trans-Pacific Partnership (TPP) trade agreement concluded talks on October 5, after years of heated negotiations.

The deal must now be ratified by various individual governments before it takes effect.

Nevertheless, the accord is one of the greatest accomplishments in the history of free trade agreements, gathering together countries whose gross domestic product (GDP) accounts for two-fifths of the global economy and potentially serving as the stepping stone to a larger free trade agreement for the Asia Pacific.

But the TPP will surely bring about economic and institutional repercussions in a number of member economies.

In Vietnam, good news about the TPP is openly discussed on social media and among the country’s intellectuals. Vietnam is in a position of getting more gains than losses from participating in the TPP.

In economic terms, Vietnam will arguably be one of the biggest beneficiaries of the trade deal.

Vietnam’s exports in apparel and footwear are expected to increase by about 50 percent. Reduction in export tariffs on Vietnamese-made products (to zero in some areas) will motivate growing foreign investment.

For instance, foreign investors have bought $41.8 million in Vietnamese stocks in a few days after the signing. In general, Vietnam’s GDP and exports are anticipated to grow in the double-digits (11 percent and 28 percent, respectively) within a decade.

The TPP will reduce Vietnam’s economic dependence on China

From a strategic standpoint, the TPP will reduce Vietnam’s economic dependence on China, which Hanoi fears Beijing may seek to exploit for political gains in the case of a conflict between the two countries.However, the TPP will likely result in many challenges for Vietnam.

Vietnam’s agricultural and pharmaceutical sectors will be vulnerable to foreign competition because the TPP will increase patent protection and be amenable to regulations that favor western-oriented business models.

Dr. Nguyen Duc Thanh, director of the Hanoi-based Centre for Economic and Policy Research (VEPR), predicted in a report that Vietnam’s exports will suffer a net loss of $3.5 billion dollars, since its processed food and electronics industries will not be able to compete with those from other TPP countries such as the United States and Japan.

A central concern for most TPP members, including Vietnam, is the establishment of the investor-state dispute settlement (ISDS) mechanism consisting of an independent panel of three judges, who would have the authority to rule on disputes in accordance with the TPP’s terms without being subject to any appeal within a member country’ judicial process. While this may increase foreign investors’ confidence in Vietnam’s business environment by protecting them from arbitrary intervention by Vietnamese authorities, it remains to be seen whether Vietnam’s relatively weak legal system can slowly undergo a major revamp.

Private and foreign investors to be allowed in Vietnam’s airports