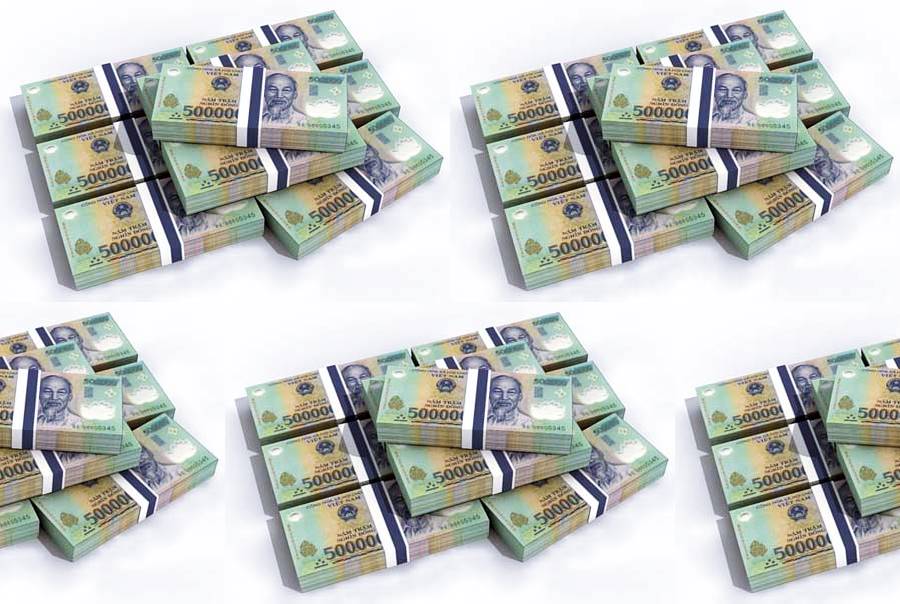 Vietnam’s public debt was equivalent to 61.3 percent of its gross domestic product at the end of last year, up 60.3 percent in 2014, local media reported on Wednesday, citing new figures released by the finance ministry.

Regardless of the increase, it was within the safe limit of 65 percent set by the National Assembly, and the government completed its payment obligations on time, the ministry’s debt management department was quoted as saying.

The Vietnamese government spends 13-14 percent of its annual revenue on debt service costs, an allowable ratio, it said.

The country’s foreign debt dropped to 41.5 percent of GDP last year from 46 percent the year before.Around 94 percent of Vietnam’s external debt was official development assistance loans (ODA) with long maturity and low interest rates, according to the department.

A total of US$5.8 billion in ODA loans was disbursed last year, it said, adding that 31 percent of the money was on-lent to local governments and state-owned enterprises.Vietnam’s economy expanded nearly 6.7 percent to VND4,484 trillion ($199.98 billion), and is expected to see a similar growth this year.

In a previous forecast, the finance ministry said Vietnam’s public debt will reach 62.3 percent of GDP at the end of this year. It will hit the limit in 2017, before falling to 60.2 percent in 2020, the ministry said.