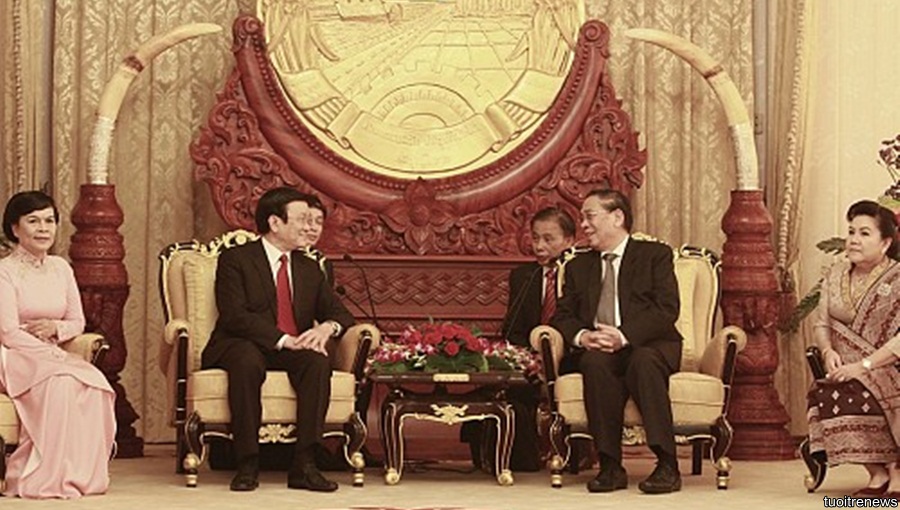 Vietnam’s investment in Laos has reached almost US$5 billion, the Vietnamese Ministry of Planning and Investment announced on Saturday, Tuoi Tre News reported.

The combined capital Vietnamese investors had channeled into Laos has hit $4.9 billion so far, the ministry said during the 2016 Vietnam-Laos investment cooperation meeting in the central city of Da Nang.

The gathering was a national-level event chaired by the Vietnamese and Lao governments and attended by leaders of ministries, authorities as well as businesses from the two nations.

According to the Vietnamese ministry, Laos tops the list of 68 countries and territories that have business operations in Vietnam.

Meanwhile, Vietnam ranks second among the nations investing in Laos, it added.Vietnamese enterprises have carried out many successful operations in Laos, contributing to the socio-economic development of the country and being praised and highly evaluated by the local government.

Businesses from Vietnam have been cooperating with Lao authorities to do community work in several of the country’s localities, including the construction of schools, infirmaries, houses and roads for the Laotian people, with financial support topping tens of millions of dollars.