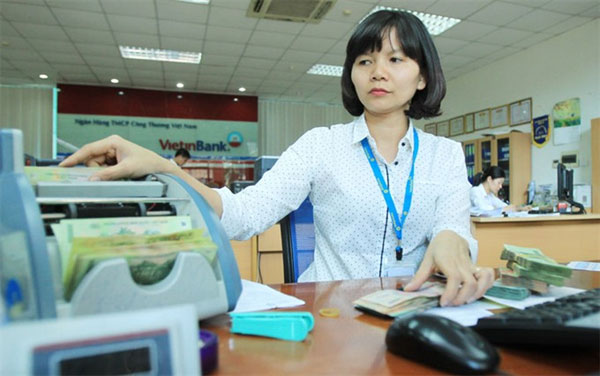 VietNamNet Bridge – At the beginning of December some banks cut deposit interest rates by 0.1-0.2 percentage points.

The Agriculture and Rural Development Bank cut its non-term deposit interest rate from 0.5 per cent to 0.3 per cent.

But analysts believe not all banks will buy into this trend, with some thinking that the interest rates might even go up later this month and in the early part of the new year.

They said the interest rates are beginning to come under relentless pressure since the dollar has started to appreciate strongly after the US Federal Reserve (FED) recently increased interest rates and indicated more rate hikes are to come.

This is likely to encourage people to shift from the dong to the dollar, which will threaten banks’ đong liquidity.

The liquidity is also affected by other factors.

This means that to realise the year’s credit growth target of between 18 and 20 per cent, banks would have to accelerate mobilisation of deposits to ensure they have enough liquidity to fund their lending.

The analysts said bad debts have also had an impact on interest rates.

This has a lingering impact on the financial ability of many credit institutions.

Besides, new bad debts continue to plague some of the banks.

The Top 5 Apps in Vietnam You should Know About