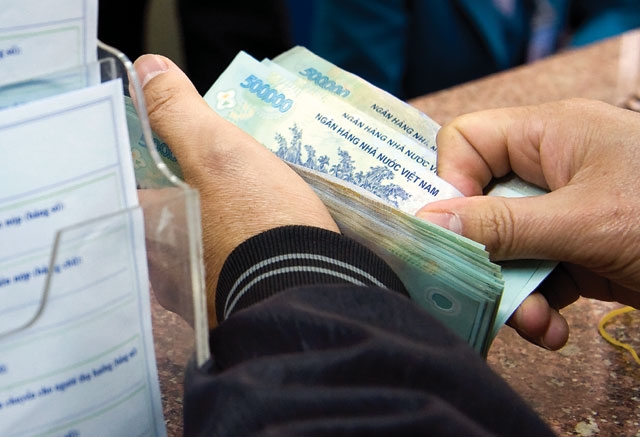 The financial market share in Vietnam is divided among commercial banks headquartered in Hanoi and Ho Chi Minh City, with only a few headquartered elsewhere.

These banks operate on a nationwide basis, while people’s credit funds (PCFs) have a limited operating range in fixed localities.

Conversely, financial institutions operating nationwide occupy a large market share in Vietnam while those headquartered in cities and provinces have a very small market share.

In Japan, credit funds and agricultural cooperatives are formed on a cooperative basis.

Vietnam is an agricultural country, so PCFs mainly undertake credit granting to serve the steps from cultivation to harvesting.

I have also heard that, right now, due to the urbanization process, many customers of PCFs are from the industrial sector.

Therefore, the targets of credit provision are also changing, just like Japan.

Japan’s Central Credit Fund was established in 1995 and is responsible for managing about 1,100 PCFs nationwide. It was converted into the Cooperative Bank in 2013.

It is recognized by various researchers that the Japanese method is more progressive than the Vietnamese method.

However, Japan’s financial system could not avoid being affected by global crises – the collapse of Lehman Brothers in particular.

Although the State Bank of Vietnam (SBV) has had to face economic problems, it limited the effect of global crises on Vietnam’s economy.

The business index of financial institutions is not clear but there is no duplicity between customers and banks. The financial system operates fairly in Vietnam.

When reviewing the economic bubble at the time, it was said that Japan did not announce its bad loans, but the reality is that it did not know how to tally them.

People did not understand bad loans before 1999.

According to Japanese media, Japan’s total bad loans stood at JPY8 trillion ($68.4 billion) but according to US media they stood at about JPY100 trillion ($854.6 billion).

If Japan had not had experience, this…