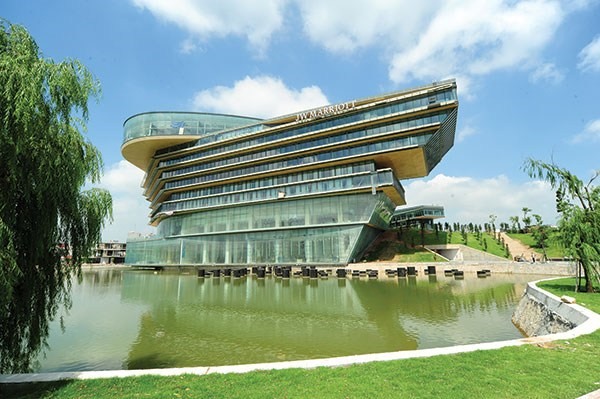 The hotel segment performed well in terms of occupancy and price in the first quarter this year, the company said.

Average room rate, the average price of each room sold per day, was up 21 per cent QoQ and 41 per cent YoY due to an increase across all segments.

Revenue per available room was up 28 per cent QoQ and 64 per cent YoY.

Người Đồng Hành online newspaper quoted Đỗ Thu Hằng of Savills Hà Nội as saying that the good performance of the five-star hotel segment in the first quarter was partly due to strong growth in the number of foreign visitors to Việt Nam, including to Hà Nội, which received 1.3 million visitors in the first quarter. Meanwhile, supply of five-star hotels in this quarter remained unchanged.

“40 per cent of foreign visitors to Việt Nam would stay in Hà Nội, leading to higher demand for five-star hotels while supply of this hotel segment was unchanged. So, existing five-star hotels in Hà Nội had to operate under full capacity, pushing the average room rate up,” Hằng said.

According to the Hà Nội Statistics Office, in the first quarter, there were some 1.3 million international visitors to Hà Nội, a YoY increase of 10 per cent.

The company also commented on the office for lease market, saying grade A offices in central business districts (CBD) continued to perform well in the first quarter.

One Grade A project entered the market, supplying some 5,200sq.m of office space.

Average rents decreased 0.2 per cent QoQ but increased 1.2 per cent YoY. Average occupancy was up slightly. Grade A projects in non-CBD witnessed weaker performance compared with their CBD counterparts.

In 2017, five new mostly Grade B projects would supply some 158,400sq.m. Future supply would remain concentrated in the west and secondary areas. – VNS