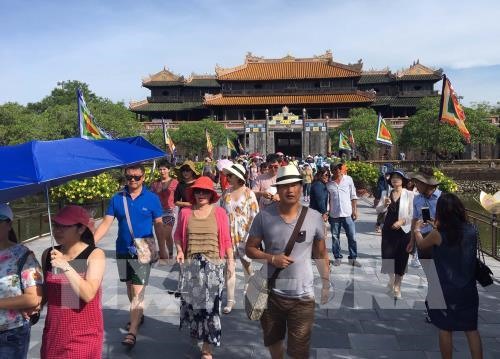 Vietnam received 1.43 million foreign tourists in January, a year-on-year increase of 42 per cent and 12.1 per cent higher than that in December 2017, says the General Statistics Office.

The number of visitors increased this month because of two main reasons —overseas Vietnamese had come to Việt Nam for Tết (Lunar New Year), and for countries in Europe, the United States and Australia, January was winter holiday season, leading to a higher demand in travelling abroad.

In January, visitors from Asia were estimated at more than one million, a year-on-year surge of 53.9 per cent.

According to the Việt Nam National Administration of Tourism (VNAT), the domestic tourism industry has actively promoted tourism activities since the beginning of this year to attract more tourists, aiming to welcome 15-17 million tourists in the entire year.

Việt Nam attended the 2018 ASEAN Tourism Forum (ATF 2018) in Thailand from January 22-26. Within the framework of this event, Việt Nam organised many activities, such as the opening of a tourism booth at the fair and “Vietnam Night” to introduce Vietnamese tourism. Việt Nam will host ATF 2019 in Hạ Long City, Quảng Ninh Province.