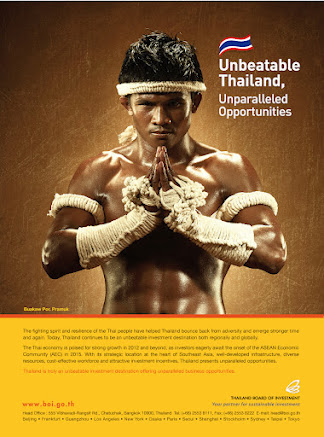 Thailand received Bt332.2 billion in foreign direct investment (FDI) during the first seven months of this year against a backdrop of a slow global economy.

Mrs. Atchaka Sibunruang, Secretary General of the BOI, said that foreign direct investment (FDI) from January to July 2012 attracted Bt332.2 billion, an increase of 62 percent from Bt205.2 billion of the same period in 2011. The number of investment project applications increased by 38 percent from last year’s 599 projects to 829 projects in 2012.

Of the total, 71 per cent or 585 projects are investment expansions submitted by existing investors, totaling Bt256.77 billion. The remaining 244 projects are new investments worth Bt63.43 billion in total.

“The strongly positive foreign investment trend confirmed investors’ confidence in Thailand’s potential as a major investment destination and a production hub for the manufacturing sector. Many investors are here to be ready to reap the benefits from ASEAN economic cooperation (AEC) in 2015. Such strong FDI also reflects quick recovery from the massive flood last year.”

The most attractive industries are metal products, machinery and transport equipment

During this period Japan remained the top investor with 474 projects worth Bt210.8 billion, an increase of 120 per cent from Bt.97.3 billion last year. This is in line with the previous survey by the Japanese Chamber of Commerce predicting that total Japanese investment value in the first half of this year would exceed Bt100 billion.

In terms of investment project worth over Bt10 billion, Singaporeans ranks number one

Mrs. Sibunruang added that in September the BOI will arrange at least two workshops to exchange views and gather recommendations from private sector in various fields. These recommendations will be proposed to the Ministry of Industry and the Board of Investment, chaired by Deputy Prime Minister and Finance Minister Kittirat Na-Ranong and used as guideline for improving BOI’s investment promotion’s strategy.

Can China win the Renminbi challenge ?