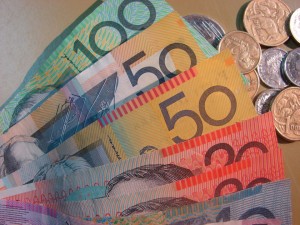 The move by Australia’s central bank to lower interest rates from October 3 is the latest sign of pessimism about the prospects of the China-led resources boom.

In announcing an unexpected cut to the official cash rate by 25 basis points to 3.25 percent, the Reserve Bank of Australia (RBA) indicated that the global outlook was no longer supporting the Australian economy.

“Economic activity in Europe is contracting, while growth in the United States remains modest,” RBA governor Glenn Stevens said in a statement. “Growth in China has also slowed, and uncertainty about near-term prospects is greater than it was some months ago. Around Asia generally, growth is being dampened by the more moderate Chinese expansion and the weakness in Europe.”

Instead, it expected the nation’s resources investment boom to peak in mid-2013, six months earlier than previously forecast.

“Looking ahead, the peak in resource investment is likely to occur next year, and may be at a lower level than earlier expected,” the governor said, warning of a softening in the labor market and the impact of the strong exchange rate on exporters.

The RBA’s move came earlier than expected for most economists.

A Bloomberg survey conducted beforehand showing that 19 of 28 economists polled had expected rates to stay on hold.

However, if the central bank’s aim was to drive down the Australian dollar and boost stock prices, it had an immediate impact. On announcing the decision at 2.30pm (Sydney time) on Tuesday, the Australian dollar dropped from US$1.037 to US$1.031, continuing its fall on Wednesday to reach US$1.02.

The Australian stock exchange gained 1 percent on Tuesday and reached its highest close in 14 months on Wednesday, with gains in retailers and other stocks exposed to consumer spending.

According to Bloomberg, just over half of the 21 economists polled are now expecting another rate cut to 3 percent on November 6 – the RBA’s seventh-straight move on the day of the famous Melbourne Cup horse race and matching its crisis-time low.

Obama’s Trip hints at US focus on Asia