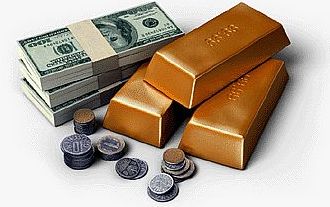 Thailand’s international reserves as of Sept 17 stood at US$159.1 billion or some Bt4.9 trillion, up $1.5 billion or Bt46 billion from the $157.6 billion or Bt4.86 trillion registered the week before, according to the Bank of Thailand BoT.The reserve amount is calculated based on the current baht value standing at Bt30.7 to the US dollar.

The net forward contract position amounted to $12.5 billion, up $800 million from $11.7 billion listed in the previous week.A commercial bank source said the fact that Thailands international reserves this week increased rather considerably from the week before was likely to have stemmed from the central bank giving more weight to possible intervention in managing the stronger baht by purchasing more US dollars in the market and keeping them in the reserve.

Last week, the Bank of Thailand experienced strong criticism in the market that it had paid little attention to overseeing the stability of the baht.According to the central bank’s report, the cash flow circulating in the system this week totaled Bt1,008 trillion, down Bt30.8 billion from Bt1.039 trillion the week before. The cash amount had decreased despite the country’s economic recovery. MCOT online news

via International reserves surge in September.

To curb the sharp appreciation of the baht as a result of the current account surplus and from the capital inflow, the Thai authorities are obliged to intervene in the foreign exchange market by buying up the US dollar and selling the baht.

The dilemma is that if the value of the US dollar continues to decline, the authorities will face a tough task to manage the international reserves in such a way that higher yields gains offset the loss from the foreign exchange intervention.

If we fail to manage the reserves well enough, the country’s assets held in the international reserves will continue to suffer a fall in value in the long term.

But the trend is that the baht will continue to rise at least over the next two to three years because of the global capital inflow. It is necessary for the authorities to set  aside a portion of the international reserves, which can be invested for higher return, instead of idly keeping them for low return as is now the case.