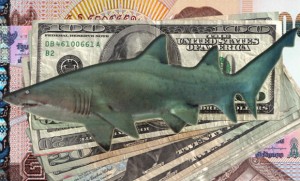 The wholly owned subsidiary, which will be capitalized at Bt50 million, will provide loans of up to Bt10,000 to individuals at low interest rates, Information and Communications Technology Minister Chuti Krairiksh said.

The funds will come from Thailand Post’s internal cash flow and loans from the Government Savings Bank.

Finance Minister Korn Chatikavanij said the first loan was expected to be made in February. The interest rate has not yet been decided but it would not exceed 28 per cent.

The government expects between 14 million and 18 million people who currently borrow from loan sharks to turn to this new institution, he said.

On October 5, the Cabinet approved in principle the ICT Ministry’s proposal to allow Thailand Post to provide the micro-finance service to low-income earners and to solve the loan-shark problem.

Recently Thailand Post said people would be recruited with expertise in micro-finance and related regulations to run the unit. Thailand Post sees a good opportunity in the microfinance business, provided the new activity is managed well and associated risks are contained.

One of the first challenges for the banks is how to convince lenders of these underground debts to come to the negotiating table and agree to a compromise settlement that would be fair to the debtors and acceptable to the banks.

Since many of these creditors are known to be mafia figures with ruthless thugs in their employ, or are police officers who double as unscrupulousloan sharks, it is doubtful whether bank officials will be able to carry out the job effectively.

In this matter, the involvement of officials from other agencies such as the Anti-Money Laundering Office, could be helpful and provide bank officials with some “teeth” to tackle the problem.

But the biggest challenge will be how to prevent these “rescued” debtors from again falling into the trap of underground debt. Which means the government may have to explore ways and means that would allow low-income earners a less complicated and less expensive access to new funding.

No one doubts the government’s concern about loan sharks. These illegal profiteers and their agents give cash to the desperate and destitute, providing they are willing to sign away what amounts to all their earning power. Loan terms are always expressed in percentage per week or month, but usually amount to well over 100% annual interest.