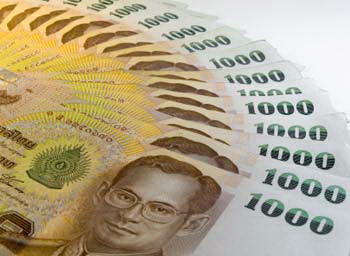 The Ministry of Finance has permitted three foreign entities to issue baht-denominated bonds or debentures in Thailand from 1 April to 30 September 2011, with the issue amount of 8,000 million baht each.

The Ministry of Finance, thereby, reserves the right to restrain baht-denominated bonds or debentures issuance, if there appears to be significant changes to the financial status or structure of the permitted entities, or where the economy undergoes any significant changes.

Mr. Chakkrit Parapuntakul, Director-General of Public Debt Management Office, has stated that according to the Ministry of Finance press release No. 84/2008 dated 13 November 2008, the Minister of Finance approved the amendment of the application period and guidelines to evaluate the applications to issue baht-denominated bonds or debentures in Thailand to enhance the efficiency and increase flexibility of the approval process.

The submission period takes place four times a year, during the months of February, May, August, and November.

The Ministry of Finance thanked all applicants for their interest to issue baht-denominated bonds in the Thai bond market. Any applicant wishing to apply for the next submission period may send a letter, within May 2011, to Bond Market Development Bureau, Public Debt Management Office, Tel: 66-2265-8050 ext. 5810.

via Inside Thailand — Three Foreign Entities Allowed to Issue Baht-denominated Bonds or Debentures in Thailand by September.

Related Topics:bondsdebtforeign banks
Up Next