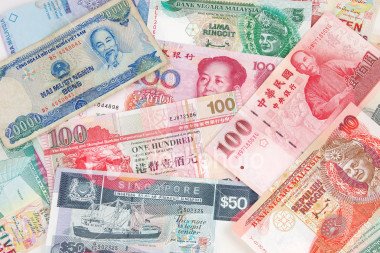 Let me start with the first issue. As of now, excess global liquidity generated under the current international monetary system is complicating the conduct of macroeconomic policy in many emerging market economies. Although the expansion of the global economy has strengthened in the past few quarters, economic cycles and thus monetary policy stance among various regions greatly differ. This has been widely regarded as a key push factor for international capital flows into emerging markets.

The additional liquidity infused into these economies occurs at a time when it is necessary to withdraw economic stimulus and normalise or even tighten monetary policy. This is an example of the inconsistency between global liquidity and regional economic cycles.

As of now, excess global liquidity generated under the current international monetary system is complicating the conduct of macroeconomic policy in many emerging market economies

The second issue is the current international monetary system which is not aligning with the changing structure of the global economy. As we all know, one outcome from the current crisis is the growing role of emerging market economies, particularly in Asia. This multi-polar economic landscape is something for policy-makers to consider whether there is a need to move to a multi-polar currency system. The end goal should be to retain the efficiency of the current system while enhancing its stability going forward.

The third issue is, despite the shortcomings of the current international monetary system, the international community has not been able to make a transition to an alternative system. In practice, it is difficult to identify a currency to compete with the US dollar as there are certain criteria to qualify as reserve currency.

First, a reserve-issuing country has to illustrate a good track record of prudent macroeconomic policy. Second, such country must have an open capital account regime supported by deep and liquid financial markets. Should these two criteria be met, such currency has the potential to be widely accepted and used in private international transactions.

US dollar has no real competitor as reserve currency

Today, it is difficult to find an alternative currency which satisfies these conditions. The loss of economies of scale from using the incumbent currency is another constraint preventing the move away from the current dollar-based system. As such, the dollar continues to dominate the international reserve system, both in terms of reserve assets and international trade and financial settlements.

Given these difficulties, the current international monetary system will prevail, but it may be prone to occasional instability as we have experienced in the past.

In the meantime, we may still want to consider how to enhance the role of emerging market economies such as Brazil, Russia, India, China and South Africa (BRICS) in the international monetary system. Such arrangement is arguably an avenue for these emerging market economies to share the privilege of reserve-issuing countries. It would also be a means of increasing the supply of reserve currencies to serve future demand for reserves along with the growth of the global economy.

To facilitate such diversification process, the BRICS need to also play their part by further opening the capital accounts, allowing currency convertibility and deepening and widening their financial markets. Once these conditions are achieved, the inclusion in the SDR [Special Drawing Rights, a type of international reserve currency created and managed by the IMF] basket would increase the demand for BRICS’ currencies.

It is important to stress that by adding BRICS to the international system is not a panacea. A key concern is the fact that the Triffin dilemma [the conflict between domestic and international objectives of a reserve issuing country] could still be problematic.

In other words, the provision of global liquidity will continue to largely depend on the macroeconomic conditions of the reserve-issuing countries. As such, there is a great need for policy coordination among them to ensure an orderly supply of global liquidity. In the worst-case scenario, the multi-polar system could be more unstable especially during crisis periods. This is because the reserve currencies are close substitutes among themselves. As such, deterioration in the financial position of one reserve-issuing country could lead to severe capital flight, causing volatility in both exchange rates and asset prices.

At this point, it is difficult to foresee if the management of global liquidity in the multi-polar system would be easier or more difficult than the current system.

As the multi-polar system is not immune from capital flow volatility, I would like to make a brief comment on the recent IMF framework on capital flow management measures. While we support the work of the IMF in conducting an empirical study on country experiences in managing surges of capital inflows, we do not support any rules-based approach in dealing with capital flow issues.

Policy-makers should be able to respond to such challenge in a pragmatic rather than rules-based manner.

Let me finish my talk with some comment on the SDR. In theory, there are many good reasons to enhance the role of Special Drawing Rights as one of its distinct advantages is the possibility of managing global liquidity without affecting the value of currencies in the basket. In addition, the basket also has the diversification advantage as the system will be less exposed to shocks in any of its constituent economies.

At this time it may not be possible to move towards this system as there is not enough political support and many operational hurdles remain to be overcome. Nevertheless, it is important for the IMF to continue its work on how to broaden the use of SDRs in all aspects of an international currency (i.e. store of value, medium of exchange and unit of account).

In closing, I would like to stress that the international monetary system is certainly in a period of transition. I do not expect a big bang, but a long and gradual process arising from macroeconomic and structural adjustments. Policy dialogue and cooperation between current and prospective reserve-issuing countries will play an important role in ensuring this smooth transition.

As there are so many uncertainties along the way, it would take great leadership from some advanced and major emerging market economies to move the world forward towards a more stable international monetary system.

The above has been adapted from an address delivered at the High-Level Conference on the International Monetary System, held in Zurich, Switzerland

Bank of Thailand to intervene in baht fluctuation