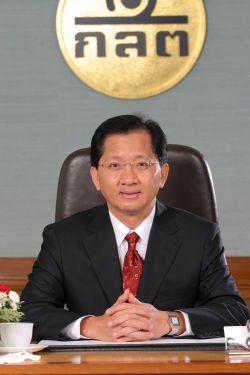 The World Bank has been asked to help study the restructuring of Thailand’s tax system, particularly the reduction of corporate tax and the offering of tax incentives for foreign investors.

The issue was raised for discussion during a meeting of Ms. Annette Dixon, a representative from the World Bank, and Finance Minister Thirachai Phuvanatnaranubala.

Ms. Dixon on 2 September 2011 paid a courtesy call on the Finance Minister and reported progress on cooperative projects between the World Bank Group and Thailand. On this occasion, it was suggested that Thailand place emphasis on the restructuring of value-added tax. Mr. Thirachai asked the World Bank to study the directions for the setting up of sovereign wealth funds in Thailand.

The Yingluck Shinawatra administration proposed restructuring the entire tax system in order to enhance Thailand’s competitiveness and ensure social justice. It aims to reduce corporate tax to 23 percent in 2012 and to 20 percent in 2013.

The Finance Minister also urged the International Finance Corporation to take part in developing Thailand’s grassroots financial system, especially the Post Bank. Mr. Thirachai told the World Bank representative that the Thai government attached great importance to the tackling of the corruption problem, saying that it had formed an anti-corruption committee to ensure transparency in both listed and unlisted companies on the Stock Exchange of Thailand.

According to the World Bank’s Ease of Doing Business Index 2011, Thailand ranks 19th among 183 economies, with first place being the best. It remains a highly ranked country for its ease of doing business, compared to many other countries.

Also on September 2, two representatives of the Asian Development Bank met Mr. Thirachai on the occasion of his appointment as the Finance Minister. The two representatives, namely Mr. Kunio Senga, Director-General of the Southeast Asia Department, and Mr. Craig Steffensen, Country Director, discussed with Mr. Thirachai the ASEAN Infrastructure Fund to be set up by the Asian Development Bank. An agreement on the setting up of the fund will be signed in September 2011 in the United States.

Mr. Thirachai said that Thailand is ready to contribute 15 million US dollars to the starting of the fund. He also urged the Asian Development Bank to join the development of Thailand’s Infrastructure Fund, a project to be carried out soon. He believed that the project would help promote investment in this region.

The Manila-based Asian Development Bank predicted that the Thai economy would expand by 4-4.5 percent in 2011, given that the country’s automotive sector was affected by the supply chain disruption from Japan’s natural disasters, and given the tightened monetary stance to curb inflation.

Related Topics:foreign-investorstaxworld bank
Up Next