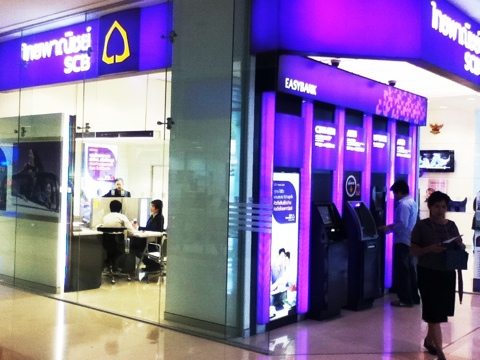 In the third quarter of 2011, the Thai banking system was profitable and resilient with continued loan growth and declining non-performing loan (NPL). Liquidity was slightly tightened. Meanwhile, capital rose from continued profit.

A senior official at the Bank of Thailand (BOT) revealed in a press conference that due to economic expansion in the third quarter, loan expanded by 17.3% year-on- year, increasing from 15.1% in the last quarter, attributable to corporate loan (comprising 70.9% of total loan), which grew by 17.3%. Loan for large corporate and SME grew at 18.2% and 16.5%, respectively, with strong expansion in commerce, public utilities, real estate and construction as well as manufacturing sectors. Consumer loan (comprising 29.1% of total loan) grew by 17.4% year-on-year, mainly due to growth of housing loan and personal loan.

Fund mobilization via deposit and B/E expanded by 13.6%, a slight slowdown from 14.1% in the last quarter. The increase in deposit and B/E was exceeded by loan expansion, thereby resulting in slightly tightened liquidity. The ratio of loan to deposit plus B/E rose to 89.7%.

According to the BOT, non-performing loan declined by 16.2 billion baht, to 268.5 billion baht at the end of third quarter of 2011 due to ongoing risk management and asset quality improvement. As a result, the ratio of gross and net NPL to total loan fell to 2.8% and 1.4%, respectively. The NPL ratio of corporate loan lowered to 3.1%, decreasing in almost all sectors of both large corporate and SME, and NPL ratio of consumer loan reduced to 2.0%. The ratio of delinquent loan to total loan was stable at 2.1%.

In the third quarter of 2011, the banking system reported a net profit of 37.4 billion baht, decreasing by 7.8 billion baht from the previous quarter. This was attributable mainly to a decrease in dividend income received from investment and increased provisioning by some banks during period when they recorded strong profits which would place them in a strengthened position to meet future challenges. However, interest income still increased due to loan expansion while Net Interest Margin (NIM) was stable at 2.6%. Hence, Return on Asset (ROA) decreased slightly from 1.5% in the previous quarter to 1.2%.

The continued profit of the banking system contributed to higher capital adequacy ratio (BIS ratio) and Tier-1 ratio that rose to 15.7% and 12.4%, respectively.

The central bank projected that the Thai banking system remained stable. Going forward, it is important for banks to put emphasis on risk management and loan quality in light of challenges from uncertainty in the global economy and severe flood in Thailand.

Your Bank Account in Thailand: Resident or non resident?