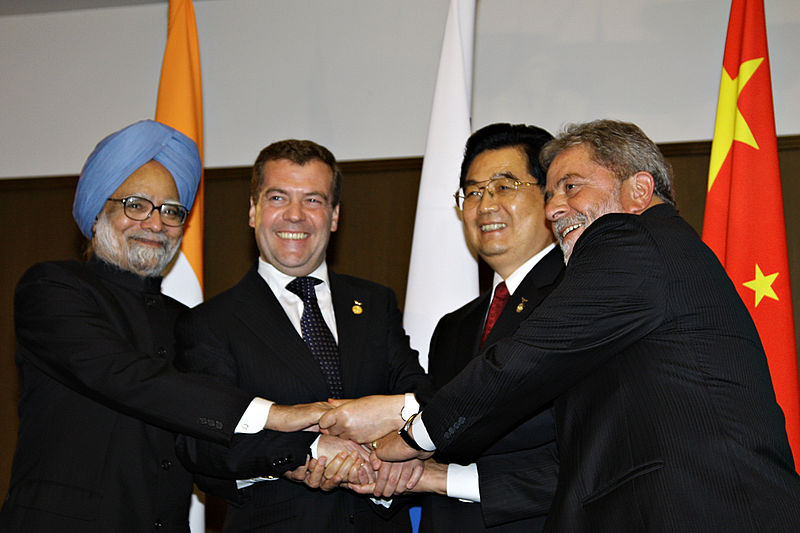 Singh cautioned against rocking Iran’s boat too hard through “political disruptions” that would inevitably trigger volatility in global energy markets.

The leaders also came up with a unanimous position on Syria, advising the international community to deal with the crisis peacefully, but in a way that ensures the legitimate aspirations of all sections of Syrian society are taken into account while respecting the country’s sovereignty.
Economically speaking, the grouping signed two pacts to boost intra-BRICS trade in their local currencies by: (i) extending credit facilities in the local currency and (ii) confirming the BRICS multilateral …
Read More…

The economic formation of modern-day capitalist Thailand dates back to the early 1960s and the us war on Vietnam, when the Kingdom did duty as a front-line anti-communist state, servicing the eight major American military bases on its soil with ‘rest and recreation’ facilities.

Thailand was then a country of 26 million, with 80 per cent of the population working in agriculture, the main source of exports; Bangkok was a government-dominated city of 3 million. Import-substitution development policies established under World Bank guidance, and with massive American aid, were inevitably skewed to us needs; the sex and tourist industries were notable results. Over the following four decades, the Thai economy grew at an annual average of 7 per cent; per capita gdp increased from $100 in 1961 to $2,750 in 1995.

By the early 1980s manufacturing had replaced agriculture as the main contributor to exports and gdp. Between 1980 and 1984 Gen. Prem Tinsulanond, then prime minister, pushed through a major Structural Adjustment Programme along World Bank lines, devaluing the baht and replacing the import-substitution model with a labour-intensive export-oriented manufacturing sector, based in garments and textiles.

BRIC summit to attract investors to Sergipe
Average quality rating by the Stockhouse community. Governor Dilma is presented by the president and the prime minister of Indian Invited by President Rousseff the summit of world leaders in India, the Governor Marcelo Deda (PT) has witnessed the historic …
via nutmegradio.com

Man who coined ‘BRIC’ supports joint bank proposal
Jim O’Neill – the chairman of Goldman Sachs Asset Management who coined the acronym “BRIC” for the economies of Brazil, Russia, India and China 11 years ago – said that he supports India’s proposal for the BRICS countries to create a joint development bank.
via China Daily · 3 days ago