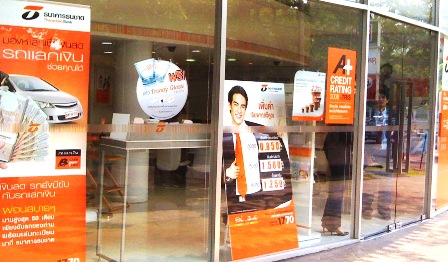 Household borrowing rose to 78% of gross domestic product in 2012, Bank of Thailand Governor Prasarn Trairatvorakul told reporters Monday evening, adding that a level of 80% might put the country’s financial stability at risk. At 8.82 trillion baht ($286 billion), household debt in 2012 was up 88% from 2007, when it stood at 4.68 trillion baht, the central bank data showed.

About 40% of the total household credit was issued by commercial banks, while 30% was issued by government financial institutions, such as the Government Housing Bank and the Bank for Agriculture and Agricultural Cooperatives.

Mr. Prasarn cited government stimulus programs, such as the auto-buyer incentives, as a factor in credit growth. About 1.2 million vehicles were sold under the first-car tax-rebate program, introduced by Prime Minister Yingluck Shinawatra last year to boost domestic spending after widespread flooding devastated the country’s economy in 2011.