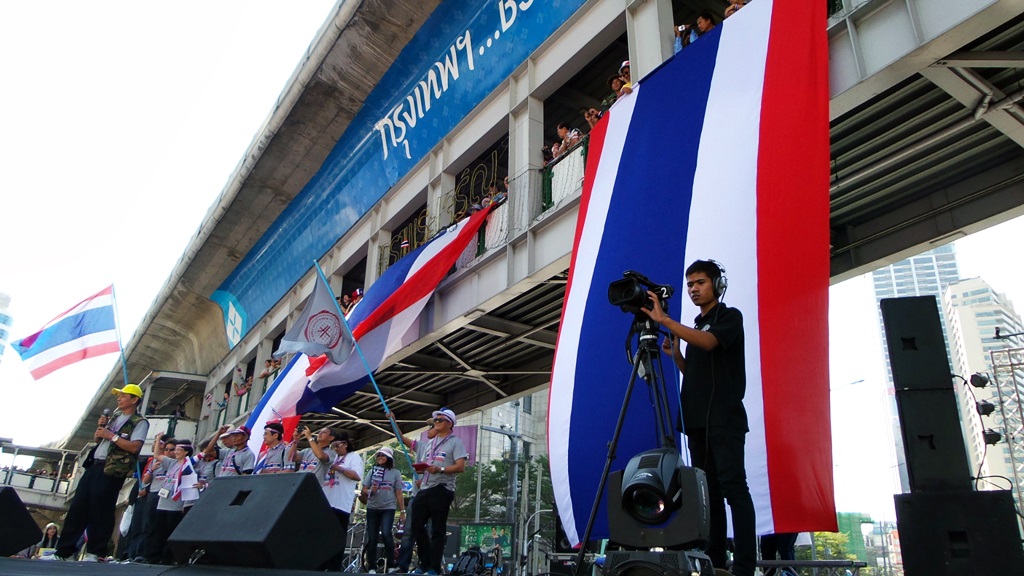 Thailand’s economic policy will be disrupted, with direct and indirect impact on the economy and state investments, if the political stalemate prolongs until the middle of this year, according to the central bank governor.

Prasarn Trairatvorakul projected this year’s gross domestic product (GDP) growth at less than 3 per cent, or similar to last year, saying the Bank of Thailand’s interest rate cut has only slightly stimulated the economy.

If a new government cannot be formed by the middle of this year, execution of the government’s policies, investment projects and budgeting will be slowed down, thereby affecting investment, economic expansion and domestic consumption in the private sector, he said.

Despite unfavourable economic factors, Thailand’s economic fundamentals are strong enough to cope with political issues and a volatile money market for a certain period, he said, adding that credit rating institutes have maintained the country’s rating.

The downward trend of the Thai baht was not too harsh compared to currencies of newly-emerging markets, thanks to Thailand’s strong fundamentals.

Thailand has not faced problems with inflation or a current account deficit, while the exchange rate is flexible and international reserves are as high as US$200 billion, or 50 per cent of GDP, said Mr Prasarn.

Kosit Panpiemras, executive chairman of the Bangkok Bank, said Thailand’s GDP and exports will grow 3 per cent and 7-8 per cent, respectively, despite the political stalemate, thanks to the private sector’s competitive capabilities.

Financial institution lending will expand by almost 5-6 per cent, he said, adding that Thailand’s competitiveness will be strengthened in the long term if the country can operate with less populism and corruption.

Supavud Saicheua, managing director of Phatra Securities’ research group, predicted Thailand’s GDP growth at only 2.8 per cent this year on the condition that the new government is formed by the second half of the year.

GDP growth in the first half of the year will be only 0.6 per cent and will jump to 5 per cent in the second half, he said.

via Central bank predicts gloomy economy in first half of 2014 | MCOT.net | MCOT.net.