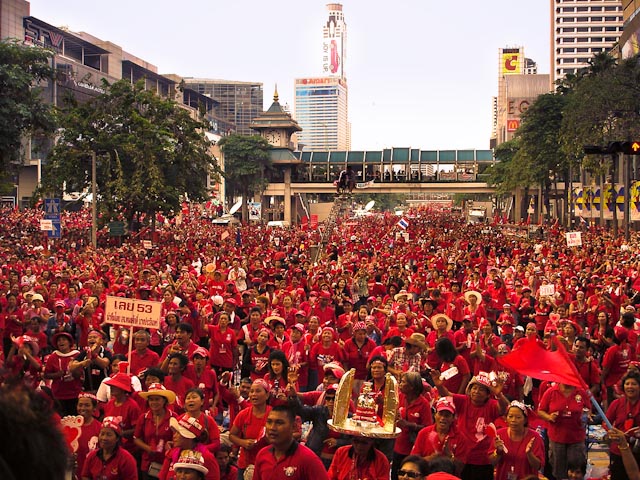 Businesses lost at least three hundred million baht in revenue this week endbecause of the anti-government rally blocking Ratchaprasong intersection, Thanawat Polwichai, director of the Economic and Business Broadcasting Centre at the University of Thai Chamber of Commerce, said on Saturday.

Thailand’s capital, unnerved by nearly four weeks of turmoil, has braced for renewed anti-government demonstrations as protesters announced they would shift to a new location after paralyzing Bangkok’s commercial heart over the weekend.

The weekend protests forced the closure of at least six upscale shopping malls and tough security measures at nearby five-star hotels, with economic losses estimated at up to 500 million baht (US$15 million) a day.

Prime Minister Abhisit Vejjajiva has repeatedly refused demands of the so-called Red Shirts that he immediately dissolve Parliament and call new elections, despite protracted protests in the capital and unsuccessful negotiations last week.

Thai Kem Kaeng Program will just about compensate for the reduction in the government’s on-budget investment in 2010.