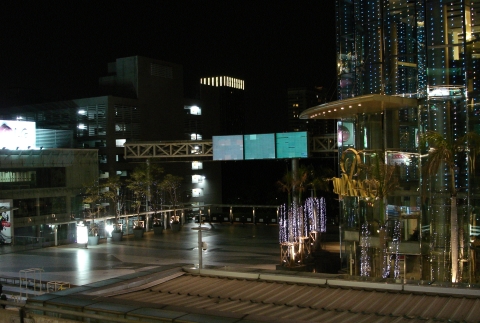 Siam Paragon – Bangkok’s upscale shopping mall – said it had lost sales totalling 60 to 70 million baht due to the occupation of Ratchaprasong intersection by the anti-government protesters on Saturday.

Thananvath Phonvichai, director of the Center for Economic and Business Forecasting at the University of the Thai Chamber of Commerce, estimated losses from the rally at 200 to 300 million baht from the closure of shopping malls at the Ratchaprasong intersection.

Businesses in the area have definitely been affected, but the long-term impact on the economy would be small if the protests ended quickly, he said.

Thananvath Phonvichai, director of the Center for Economic and Business Forecasting at the University of the Thai Chamber of Commerce, estimated losses from the rally at 200 to 300 million baht from the closure of shopping malls at the Ratchaprasong intersection. Picture : Camilla Davidsson

The Ratchaprasong intersection is home to some of the capital’s most exclusive malls and hotels, including Siam Paragon, CentralWorld and Gaysorn, as well as Siam Centre, Siam Discovery and Central Chidlom. All closed operations yesterday as traffic access to the area was completely blocked.