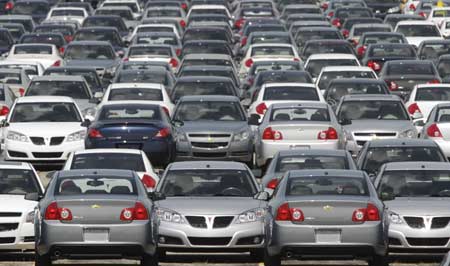 The Federation of Thai Industries FTI has increased its automobile production target to 1.56 million units this year thanks to a surge in exports and domestic car sales, aiming to set a new record for Thailands auto production in 49 years, said FTI spokesman.

Spokesman for the FTI Automotive Industry Club Surapong  Paisitpattanapong said that the club increased its 2010 auto production target by 160,000 units from 990,000 units, up 56 per cent, compared to the same period last year.The new target of 1.56 million units will mark Thailands highest level of auto production since automobile manufacturing began here in 1961 with a production capacity of 525 units.

The Federation of Thai Industries FTI has increased its automobile production target to 1.56 million units in 2010

As the domestic car sales and exports grew higher than expected in the past six months, the FTI raised the auto production target in order to meet higher demands and orders from domestic and international customers, Mr Surapong said.Meanwhile, the vehicle manufacture for the exports also was raised by 90,000 units to 890,000 units, counting 57 per cent of all production for

The Thailand Board of Investment (BOI) further pushes Thailand to become one of the automobile manufacturing hubs in Asia after the board agreed in the meeting hold on 10 June 2009 to expand incentives scheme to cover new-type automobiles. BOI promotes new incentive scheme for new automobile types to attract foreign direct investment in automobile sector. The decision aims to attract international auto makers to move their manufacturing base to Thailand.

Thailand is set to benefit tremendously from the elimination of import duties on automobiles and parts under the Asean Free Trade Area scheme, industry leaders say. The 5-per cent tax on automobiles and parts traded among the six founding Asean countries -Thailand, Malaysia, Singapore, Brunei, the Philippines and Indonesia – was abolished on January 1, in a move towards turning Asean into a single market.This would help Asean nations become more competitive against other Asian giants – particularly China and India.

Thailand a natural bridge between India and East Asia