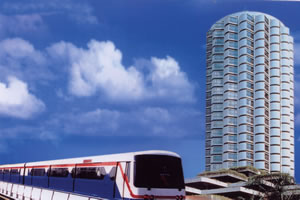 Chanin Donavanik, CEO of Dusit International, said hotel operators were suffering from an over-supply of new rooms. He said too many business families in Thailand see hotel development as prestigious. They build properties and then incur huge losses as rampant room over-supply cripples yield. He said that 7,000 hotel rooms would be added to Bangkok in 2011, not including serviced apartments.

“Lower rates are here to stay for a while. There are hotel owners who do not have a long-term life left,” he said.

Wayne Buckingham, vice president and area managing director (Thailand) for Starwood, said his company would open six hotels in the next six months in Thailand.

Forecasts of predicted returns have to be revised all the time, usually down. Business plans for hotels today are less lucrative than plans put into effect 10 or 20 years ago when there was much less supply, Buckingham said.

Too many hotel rooms in Bangkok ?