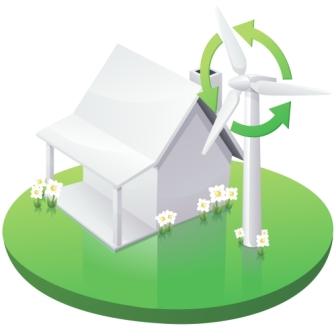 Many countries in Asia have a natural solar energy advantage given they are both sunny and have large areas of land unsuitable for other uses. However, large-scale solar power generation has been hampered by a lack of suitable project financing mechanisms, institutional and policy constraints, and knowledge gaps

“Thailand is committed to the low-carbon pathway,” says Dr. Twarath Sutabutr, Deputy Director-General, Department of Alternative Energy Development and Efficiency, in Thailand’s Ministry of Energy. Dr Sutabutr heads up a high-level and expert list of energy speakers at the upcoming Clean Power Asia conference and expo in Bangkok, from 28-30 June.

“Thailand is committed to the Low-Carbon pathway, as stated in the new National Economic and Social Development Plan (11th plan), due to the fact that Thailand is a net-importer of fossil fuels. The only way to be independent from the importation is to go along the “Green and Clean Energy” corridor, including Renewable Energy & Energy Efficiency and maybe Nuclear Energy.”

Clean Power Asia will be a unique meeting of power industry experts focusing on both renewable and cleaner fossil power. It will also give Thailand the opportunity to showcase its green track record and showcase the many investment opportunities the renewable energy industry offers

Mr Beebe will speak on “Solar power creating a new energy horizon in Southeast Asia”. We asked him how he sees the future of solar power in the region and to give us an update on some of the projects that Suntech Power is involved in.

How important do you see solar becoming in the energy mix in Southeast Asia?

Both Thailand as well as South East Asia’s natural solar resources are some of the best in the world. Average solar radiation in Thailand is between 2200-2400 kWh/m2/year meaning that solar installations can more quickly make a solid return on their investments and generate the electricity that they promise. Other countries in the region present healthy natural economics for solar projects as well.

However, most of South East Asia remains a small scale off-grid market. Thailand’s PV market was originally based on off-grid solar panel installations as well, but with the establishment of a highly favorable government ‘adder tariff’ in 2010, the industry began to accelerate rapidly. As solar prices have gradually declined, Thailand has scaled-back solar incentives, wisely stewarding the industry’s transition to grid parity. Other countries in the region, such as Indonesia, Malaysia and the Philippines may look to Thailand as they beg into craft legislation meant to encourage renewable energy generation.

During Clean Power Asia you will give an introduction and update on the first phase of the largest solar power project in Thailand and Southeast Asia. I assume this is the Bangchak Solar. Can you give us a summary of the background as well as an update on the development?

Yes, the project, owned by Bangchak Petroleum Company, will likely be the largest in Thailand and South East Asia upon completion. We are proud to work with our local partner,Solartron, to complete this project and it will showcase the importance of solar power in this growing economic region.The project is composed of two phases. The first phase consists of a 34.5MW installation and the second of an additional 9.42MW to bring the total to 43.93MW of solar power. The project is expected to be completed in October of 2011.

US Business unfazed by political uncertainty