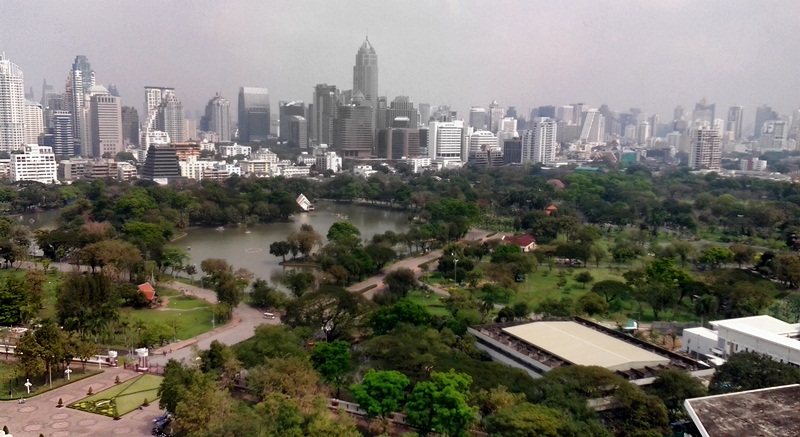 A new Economist Intelligence Unit (EIU) research report, commissioned by Citi, reveals that New York, London and Singapore rank first, second and third in competitiveness, out of 120 of the world’s major cities. Released today, the report, entitled Hot Spots, ranks the most competitive cities in the world for their demonstrated ability to attract capital, business, talent and tourists.

“Cities are engines of prosperity and innovation and we are committed to partnering with them to help reach their full potential. But as cities vie for investment, talent and business, we recognize that competitiveness is about more than growth,” said Citi CEO Vikram Pandit. “We commissioned this report to improve understanding of market competitiveness and to identify where growth, opportunity and talent are likely to be found in the decades ahead. Its findings provide valuable insight for clients, institutions, and municipalities we serve in cities around the world.”

“Economic dynamism is definitely rising elsewhere, especially in Asian cities, but U.S. and European cities have legacy advantages that give them a strong competitive edge,” said Leo Abruzzese, the EIU’s global forecasting director. “In particular, these developed cities are better at attracting top talent from across the world.”

Asia's economic rise is reflected in the economic competitiveness of its cities: In terms of "economic strength," the most highly weighted category, 15 of the top 20 cities are in Asia.

With a combined population of about 750 million, the 120 cities ranked in Hot Spots represent approximately 29 percent of the global economy and generated a combined GDP of US$20.24 trillion in 2011.

The most significant advantage that developed country cities hold is their ability to develop and attract the world’s top talent. European and American cities dominate the human capital category of the Index, as they are able to continue to attract capital, businesses, talent and tourists despite concerns over ageing infrastructure and large budget deficits. It will be key for these Western cities to harness their legacy advantages and global connectivity to continue to compete and succeed against fast-growing emerging market cities.

Asia’s economic rise is reflected in the economic competitiveness of its cities: In terms of “economic strength,” the most highly weighted category, 15 of the top 20 cities are in Asia. Twelve are in China. Tianjin, Shenzhen and Dalian top the list, while nine other Chinese cities rank in the top 20. Singapore (15th), Bangalore (16th), Ahmedabad (19th) and Hanoi (joint 20th) complete the top 20. The top 32 Asian cities are all forecast to grow by at least 5% annually between now and 2016. Twelve of them will grow by at least 10%.

A “middle tier” of mid-size cities is emerging as a key driver of global growth: Although most companies target a combination of advanced economies and emerging market megacities, the fastest overall growth is found in a middle tier of mid-sized cities with populations of 2m-5m such as Abu Dhabi, Bandung, Dalian, Hangzhou, Hanoi, Pune, Qingdao and Surabaya. In fact, just nine of the 23 megacities (with populations over 10 million) ranked in the top 30 on economic strength. These mid-size cities are collectively forecast to grow by 8.7% annually over the next five years, ahead of the megacities on which many firms focus.

Infrastructure investments will drive emerging market growth, but more will be needed to secure their attractiveness to tomorrow’s talent: One of the most pressing challenges for emerging market cities in the decades ahead will be whether they can focus their development not just on skyscrapers, rail links and other infrastructure, but also on the softer aspects that will be crucial to their ability to attract and develop tomorrow’s talent—including education, quality of life, and personal freedoms, among other things. In addressing these aspects of competitiveness, cities in Latin America and Africa including Buenos Aires (ranked 60th), Johannesburg (67th) and Cape Town (73rd) can quickly improve their performance in the ranking.

For 200 years, Citi’s central mission has been to enable economic progress. With its global footprint, Citi connects clients to the world, working at the center of global trade and capital flows. On the ground in more than 1,000 cities, Citi has a unique perspective on the complexities of the urban environment. Through Citi for Cities and other initiatives, Citi works with clients and public and private sector partners in cities around the world to enhance public services, facilitate commerce, expand financial inclusion and harness advancements in digital, mobile and card technologies.

The full report, including details on methodology and criteria, are available at www.citiforcities.com.

Citi, the leading global financial services company, has approximately 200 million customer accounts and does business in more than 160 countries and jurisdictions. Citi provides consumers, corporations, governments and institutions with a broad range of financial products and services, including consumer banking and credit, corporate and investment banking, securities brokerage, transaction services and wealth management.

Citi for Cities is an initiative that harnesses the best of Citi across the globe to enable cities to become more efficient, by providing financing that facilitates commerce and modernization, and by empowering citizens to access services that enhance liveability and prosperity. Citi aims to help cities achieve their ambitions across the key ecosystems that power a city including administration, roads and transit, ports of entry, energy and utilities, workplace and education, health and safety and regeneration and development. Citi’s span of engagement with cities includes public and private sector, the financial sector and citizens and the communities in which they live. For more information, please visit www.citiforcities.com.

Thailand insured losses highest ever in 2011 at $12Bln