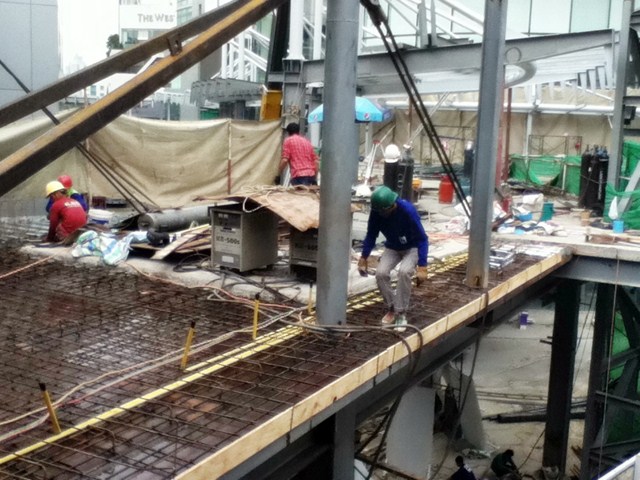 A leading researcher has predicted that the new daily minimum wage will help boost the economic growth by at least 0.5%. The University of the Thai Chamber of Commerce (UTCC)’s Center for Economic and Business Forecasting Director Thanavath Pholvichai said that the new 300-baht minimum wage, which will come into effect on April 1st, will benefit 3.5-5 million wage earners in Bangkok, Phuket and four other provinces.

He said that the higher rate is translated into an average revenue rise of 60 baht per day or 1,800 baht per month. Accordingly, there should be an addition of 7-9 billion baht of cash circulating in the economy each month, or around 70 billion baht each year. Under such circumstances, Mr. Thanavath forecasted that Thai GDP will consequently grow by 0.5-0.6 percent.

Thai government expects to raise the daily minimum wage for workers nationwide to Bt300 from Jan. 2013.

However, he conceded that the higher labor cost will drive production costs of goods and, eventually, retail prices up by 5-10 percent during the second half of this year. Moreover, he predicted that new employment will also be limited while some businesses may decide to move their production bases to neighboring countries, where wages are lower.

In any case, as Thailand is still in demand for another 3 million workers, Mr. Thanavath believes that more significant impact of the minimum wage rise will be more substantial in 3 years’ time.

A Thai labor agency has cited an affirmation from hotel operators in assuring that the country’s new minimum wage will not cause widespread lay-off as some have feared.

Department of Labor Protection and Welfare Director-General Athit Issamo said on Thursday that he has recently held a meeting with the House Committee on tourism and sports and the chairman of the Thai Hotel Association regarding the looming increase in the country’s daily minimum wage to 300 baht.

Mr. Athit said that the Thai Hotel Association is confident that the higher wage will not force large hotels to consider laying off their employees, although smaller hotel businesses may have to feel the pinch of the wage rise.

Citing opinions from the Association, Mr. Athit said that it is speculated that affected hotel operators will decide to merge their businesses with those large rivals, which may be planning to expand their presence in the country.

In any case, the Department of Labor Protection and Welfare chief conceded that some businesses may let go of some of their employees, who they believe possess lower qualifications than required.

Moreover, he has opined that a number of SME businesses may close down if they believe that the higher wage will make them less competitive or cost them market share.

Wages are on the rise in China and South-East Asia, historically the favourite investment destinations for industries reliant on cheap labour, and where the minimum wage is earnt by the majority of workers.

In China during the first three months of this year alone, workers’ wages rose more than 10 per cent, reaching $US230 a month in Shanghai, $US240 in Shenzhen and $US200 in Beijing.

The Vietnamese government in October raised the minimum wage from $US66 a month to $US94 , a 42 per cent jump. In Cambodia and Myanmar, average monthly wages are still low at $US66 and $US50 , respectively.

Some Malaysian business leaders say they are willing to accept some wage increase—just not as much as the government is proposing.

“If we want our country to become a high-income nation we need to introduce a minimum wage,” said Michael Kang, vice president of the Small and Medium-Size Industries Association of Malaysia. “But the minimum wage should not suddenly jump” from current wage rates of 500 ringgit to 600 ringgit a month at many smaller companies.

The spread of higher wages is likely to present challenges for the companies that have long relied on Asian manufacturing operations to keep their costs low, potentially including multinationals, such as Nike Inc., Adidas AG, Dell Inc. or their suppliers.