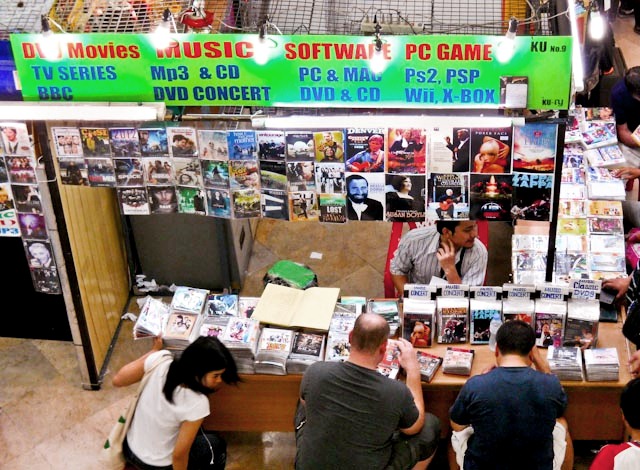 The head of Thailand’s Department of Intellectual Property said the United States is likely to announce by the end of this month that Thailand, among other countries, will remain on its Priority Watch List PWL for another year.

Director-General Patchima Thanasanti said although Thailand has continously campaigned and acted against the infringement of intellectual property, the United States views that the problem has not declined for the past five years and that Thailand has no serious law to protect intellectual property.Her department is trying to legalise the copyrights and trademarks law as soon as possible, while the government is trying to push such law into enforcement.

Ms Patchima said the law on intellectual property should be enforced by 2014, particularly violations of software and movie piracy. Once the law is put in place, the United States might delist Thailand from PWL to the less-stringent Watch List WL category instead.Meanwhile, the agency head said Deputy Commerce Minister Poom Sarapol had assigned her department to revise measures and take serious action against department stores allowing retailers to sell pirated items on their premises.

The Intellectual Property Department is organising an IP Fair 2012 May 4-6 at Bangkoks Queen Sirikit National Convention Center to intensify the fight against the intellectual piracy issue, and to encourage and provide opportunities to inventors and intellectual property rights owners to meet and negotiate business with industrial entrepreneurs for further commercial gain from their goods and ideas. MCOT online news

via US expected to put Thailand on Priority Watch List for another year.

In 2011 Thailand has once again been relegated to another year on the United States’ Priority Watch List for insufficient enforcement or protection of intellectual-property rights,  for the fourth successive year by the Office of the United States Trade Representative (USTR).

This is largely due to the absence of laws in Thailand governing the use of camcorders in cinemas and a high rate of piracy and counterfeiting on digital media and the Internet.

Disappointed over an unchanged and an improvement from  Washington’s Priority Watch List (PWL), announced recently by the US Trade Representative (USTR), the Commerce Ministry will ask the Royal Thai Police Bureau to more strictly enforcing and suppressing violations of US intellectual property rights in the kingdom.

The USTR in its report released on May 2011, maintained Thailand on its PWL for 2011 which has been unchanged since 2007 but the Thai government has attached importance on intellectual property rights protection and has continuously suppress violators in the past, the government, therefore, plans to write a letter to USTR and enquire about the country’s status which was kept unchanged for 2011.

Last year, 4,851 cases of IPR violations were filed. To stimulate awareness among Thais, particularly young people, the Education Ministry has included a course on IPR knowledge for students in every public school, as a major subject.

29 trading partners of the US are on the Watch List. They are regarded as meriting bilateral attention to address underlying IPR problems.

Thailand was listed on the Priority Watch List in the 2009 Special 301 Report. Key concerns cited in the report included the lack of progress since the previous year in addressing the widespread problems of piracy and counterfeiting. This was evidenced by the lack of sustained and coordinated enforcement efforts, and, in particular, the lack of successful prosecutions. The U.S. pharmaceutical industry continues to express concerns regarding the uncertain climate for their industry in Thailand.

In addition, both the pharmaceutical industry and agricultural chemicals industries have expressed concerns that Thailand’s trade secret regulations fail to protect against unfair commercial use of undisclosed tests and other data submitted to Thai governmental authorities.  The United States has been encouraged by the Thai government’s recent high-level commitment to protect and promote IPR in Thailand and the creation of a national strategy to advance this commitment.

Moreover, there have been some high profile seizures of IPR infringing products and the Thai government has introduced legislation addressing unlawful camcording and landlord liability for criminal action where pirated and counterfeit goods are produced or sold.  The United States will continue monitoring the Thai government’s efforts to protect and enforce intellectual property rights.

Critical points and misconception about investing in Thailand