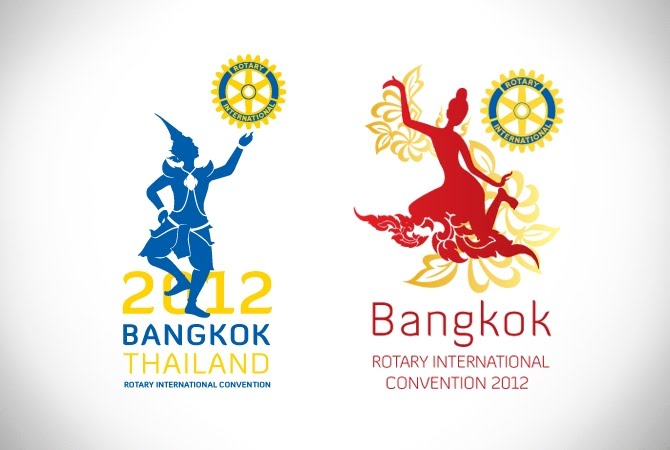 The Royal Thai Government has announced that it will offer its full support on the memorable occasion for the country which will, for the first time, host the 2012 Rotary International Convention. Over 30 public and private sectors have recently met to discuss their final preparations in welcoming over 30,000 Rotarians from over 160 countries worldwide. This major world-class event is anticipated to help take Thailand’s MICE capabilities to new heights, and it comes at the right time as the country’s brand-new tourism-boosting campaign – “Miracle Thailand” – is in full swing. The event is expected to generate as much as 3 Billion Baht in revenue for Thailand.

The 2012 Rotary International Conventionis scheduled to be staged at IMPACT Exhibition and Convention Center, Muang Thong Thani, during May 6th to 9th, 2012

Ms. Pensuda Priaram, Chairman of the Board of Thailand Convention and Exhibition Bureau or TCEB, said the following at a press conference held for the 2012 Rotary International Convention. “It is an esteemed honor for Thailand to be selected as the host country for the upcoming 2012 Rotary International Convention as it helps underline the exceptional capabilities of the Thai MICE industry in organizing such a world-class event.

The Thailand Convention & Exhibition Bureau, on behalf of the Royal Thai Government, has worked closely together with Rotary clubs in Thailand since 2004 to promote Thailand as host of the 2012 Rotary International Convention by submitting a Bid Book to Rotary International. In the Bid Book, TCEB, as a government agent and a financial supporter, has submitted a letter of financial support in the amount of  270 million baht, which gained consent from the cabinet on March 8th, 2012,    for Thailand to hold such a convention.

There were three cities qualified by the executive directors of Rotary International, including Sydney, Kuala Lumpur and Bangkok.

The major responsibilities in holding such a grand event were then assigned to several public and private agencies including the Ministry of Tourism and Sports, TCEB and the Tourism Authority of Thailand.”

“For the first time ever, Thailand has the great honor to host the 2012 Rotary International Convention, and this year’s convention is expected to welcome over 30,000 Rotarians from all corners of the world. It is estimated that most of the attendees will spend 2-3 times more than an average tourist does in Thailand. The convention is therefore anticipated to significantly boost the Thai MICE and tourism industries and to generate over 3 Billion Baht in revenue.”

,added Ms. Pensuda. TCEB today presented its MICE policy to the new government, incorporating a    5-year plan to develop the MICE industry from 2012-2016 in line with the 11th National Economic and Social Development Plan (2012-2016).

“Therefore, TCEB is confident that by implementing the 5-year MICE industry development plan, working together with the industry, we can establish Thailand as a MICE hub for Asia by the year 2016. Our aim is to increase the level of awareness of Thailand among MICE travelers. We estimate that by 2016 Thailand will be able to attract 75% more MICE travelers, or 1.4 million visitors per year, with revenues reach 1.3 billion baht. she further noted that,

“The convention will provide an excellent opportunity for Thailand to demonstrate the outstanding capabilities of its MICE industry to the world, and pave the way for it to become a leading MICE industry hub in the region. Moreover, it will also help promote Thailand’s brand new tourism campaign – ‘Miracle Thailand’ – which is being actively implemented by the Thai government.”

The event will play an important part in helping to promote Thailand economically and socially to the world, underscoring the country’s outstanding MICE capabilities. It will also be a great platform for Thailand to impress Rotarians with the country’s great cultural and tourism values. In this regard, over 30 public and private sectors from various fields including entertainment, event organization and security – have been assigned to work together in creating a spectacular event to remember. Mr. Thongchai Sridama, Board of Director and Acting President of TCEB, said that,

“TCEB has worked actively and supportively together with Rotary clubs in Thailand for many years in bringing this grand event to Thailand. Our most recent role was in organizing meetings with various public and private sectors to ensure that each and every aspect of the event will reflect well on the country.”

The emphasis of such meetings was on the following four areas. To ensure fast, convenient immigration process for incoming delegates.

The 2012 Rotary International Conventionis scheduled to be staged at IMPACT Exhibition and Convention Center, Muang Thong Thani, during May 6th to 9th, 2012. The event will attract over 30,000 Rotarians from over 160 countries and is set to become the grandest international convention ever staged in Thailand.