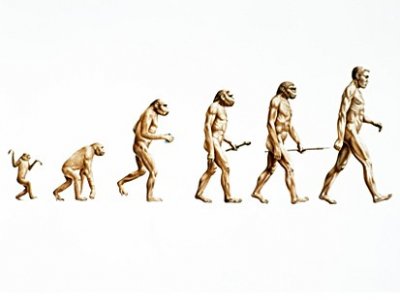 Adam Smith’s notion of the ‘invisible hand’ has guided multitudes of people to promote ends which were not parts of their original intention. The market economy enjoyed its en vogue status throughout the 20th century and into the early 2000s. However, after the subprime crisis in the United States and the ongoing Eurozone crisis, questions have been raised on the efficacy and value of capitalism as the world’s economic system.

If we view capitalism as a means to an end, rather than an end in and of itself, a different perspective rises. If the true goals of society are freedom and prosperity, rather than ‘capitalism’, then the market system remains the most optimal system to drive society to those goals.

Capitalism, at its purest, provides the avenue for freedom, particularly freedom of choice. From the supply side, the

market system rewards those whose abilities generate goods or services which generate demand. Yet, the market does not prevent participation by people who make unfortunate choices, giving these people the freedom to choose how they participate in the market. From the demand side, the provision of goods and services on the market are based on what society wants, not what some central planner believes society should have.

From the perspective of ‘prosperity’, there is strong historical evidence in favour of a modern capitalist system. Martin Wolf, in his book “Why Globalisation Works”, finds that the world economy grew sixfold or 50% per person from 1000 to 1820. After the spread of capitalism from 1820 to modern times, the world economy grew 50-fold or 9-fold per person. Given that Gross Domestic Product (GDP growth) is strongly correlated with improved standards of living such as reduced infant mortality, increased life expectancy, and better education, it stands to reason that the capitalist system was an engine for such improvements.

This is not to say that a capitalist system guarantees the outcomes of members of society. The emphasis for a market system is not equality of outcome, but equality of opportunity. Members of society have equal opportunity to seek their fortunes through hard work, innovation and efficiency. On the flipside, battling for equality of outcome may distort incentives for society to be productive, efficient and innovative, which then distort the drive for prosperity.

The market is not perfect. Issues such as mispricing, asymmetric information and negative externalities pervade the market. However, capitalism is meant to evolve over time. Just as ‘homo sapien’ is unlikely to be the final stage of evolution for the human species, it is highly unlikely that ‘capitalism’ is the final stage of evolution for an economic system. For all we know, the current state of capitalism is at the homo habilis or homo erectus stage of evolution. Even though there is still a lot of evolving to do, it does not mean the current model should be immediately cut off to revert to an alternative which has failed to compete with the current system.

Nicholas Khaw is a Global Shaper from the Kuala Lumpur Hub. He currently serves as an economist for an investment fund in Malaysia.

Capitalism: A means, not an end

What Does a Startup Have To Do To Get Noticed?