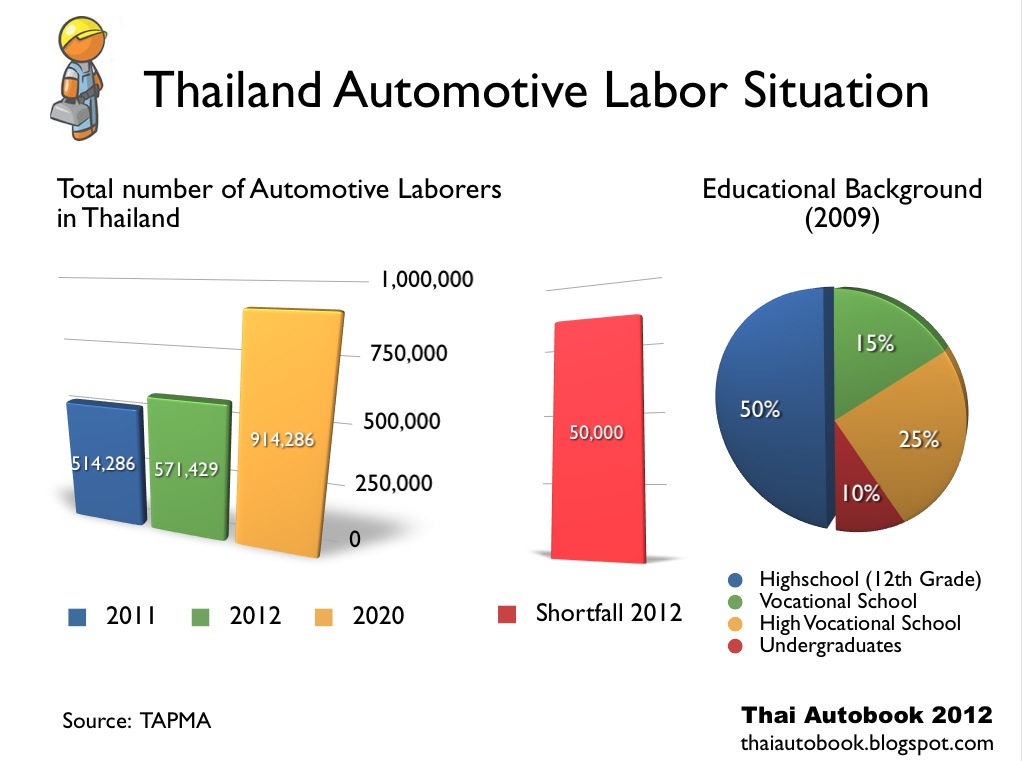 The Federation of Thai Industries (FTI) Automotive Industry Club spokesman said he expected Thailand could reach production capacity of as many as 2.3 million cars this year.

Spokesman Surapong Paisitpattanapong said the government’s ‘first car scheme’ and the country’s rehabilitation after last year’s flood have resulted in the expanded car production. The first eight months saw vehicle manufacturing grow by 30 per cent with more than 100,000 units sold domestically every month on average.

The new target figure of 2.3 million units has increased from the recent previous auto production goal of 2.2 million, while car sales volume in the country is expected to rise to 200,000 units per month.

According to Mr Surapong, car exports have expanded 46 per cent, including Asia, the Middle East and Oceania, although exports to Europe have fallen, and are at minus 18 per cent.

The higher production trend was also partly due to eco-cars sales benefitting from the government’s promotion on tax measures under the ‘first car’ scheme.

Such sales have increased and count for 14 per cent of all car sales in the country.

Mr Surapong said car brands will start to hand over new cars to buyers in the first six months of next year, thus car production in 2013 will continue to grow with the forecast volume at 2.4 million units, of which 1.5 million are for domestic car sales, and the remaining 900,000 for export.

via FTI to push Thai car production goal to 2.3 million units this year.

Several multinational automotive manufacturers have announced investments in Thailand since 2010. Ford has begun construction of a US$450 million state-of-the-art plant that will have an initial annual capacity of 150,000 passenger cars, with production starting in 2012. The plant covers 750,000 sqm at the Rayong site. Toyota’s US$133 million factory expansion to 200,000 units per year includes its international multipurpose vehicle. Following expansion at its Ban Pho plant, Toyota reached a milestone by producing its five-millionth car in Thailand.

Mitsubishi is starting work on a US$500 million eco-car manufacturing plant in Chonburi Province, the company’s largest-ever investment in Thailand and its biggest facility outside Japan. Chevrolet Thailand’s plant in Rayong has been awarded landfill-free status certifying that it produces no waste for landfills and recycles for reuse. Audi, Volkswagen and the U.S. firm Navistar, a manufacturer of commercial and military vehicles, each recently expressed an interest in building production plants in Thailand.

In other industry developments, Mazda began delivery of its Mazda3 2.0L car to Thai customers in June 2011. Tata intends to launch more truck models domestically in September, adding to its local presence of one-ton pickups.