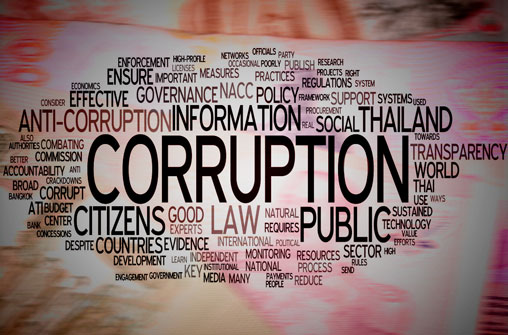 President Barack Obama, speaking to the United Nations General Assembly about the true nature of democracy, mentioned corruption and bribery several times. I was particularly struck by this line:

“True democracy demands that citizens cannot be thrown in jail because of what they believe, and that businesses can be opened without paying a bribe.”

Unfortunately, many businesses do have to pay bribes to survive because their competitors are already doing so. In the past few weeks, Transparency International has been making public the results of a survey of 3,000 business people. A quarter of them said that they had lost business because of competitors paying bribes.

The survey suggests that the problem is most acute in Malaysia and Mexico. One person in two of those surveyed said that he or she had lost business because of bribes. Mexico is significant since it is the United States’ second biggest export market. It is also where Walmart is alleged to have paid US$ 24 million in bribes to help grow its business there. The retail giant now faces fines that some speculate may be in the billions.

Since 2008, the number of FCPA (Foreign Corrupt Practices Act) cases nearly tripled from 103 prosecutions at the end of 2008 to 275 by the end of 2011. These are cumulative numbers, but they show that more companies are being prosecuted for foreign bribery than ever before.

This trend is encouraging because vigorous legal enforcement is crucial to ending bribery. In fact, the business people Transparency International surveyed felt that the main barrier to stopping bribery and corruption in the private sector was that those crimes are not prosecuted.

Among countries that are party to the OECD Convention against Bribery, the US remains far ahead of the pack. Some countries, however, are starting to improve. Germany, for example, has prosecuted more than 100 companies. Interestingly, it has prosecuted more Japanese companies than Japan.

But beyond the stratospheric fines and the reputational damage that businesses risk by engaging in corrupt practices, bribery and corruption leave much deeper damage in their wake. Honest businesses suffer; governments and citizens lose out.

Nowhere are the social and political costs of corruption more visible than in the Arab world, where several governments were toppled in the past couple of years by citizens tired of corruption. This illustrates the need for more open government, or as President Obama put it in his speech: “New partnerships have been forged to combat corruption and promote government that is open and transparent.”

Business can and must play a role in finding solutions to this damaging problem once and for all. Individual businesses can do this by adopting high standards of integrity and transparency and sticking to them.

They can also contribute to initiatives that aim to raise standards or anti-corruption practice, such as the World Economic Forum’s Partnering Against Corruption Initiative, the work of groups such as the B20, a high-level business group that promotes dialogue between the G20 government leaders and the private sector.

Business can also work collectively with governments and civil society to experiment with collective approaches to mitigate corruption. Let’s give it a try, and the next time Transparency International surveys business people, the news may be more encouraging.

How can businesses battle corruption?

The Thai Message about shopping