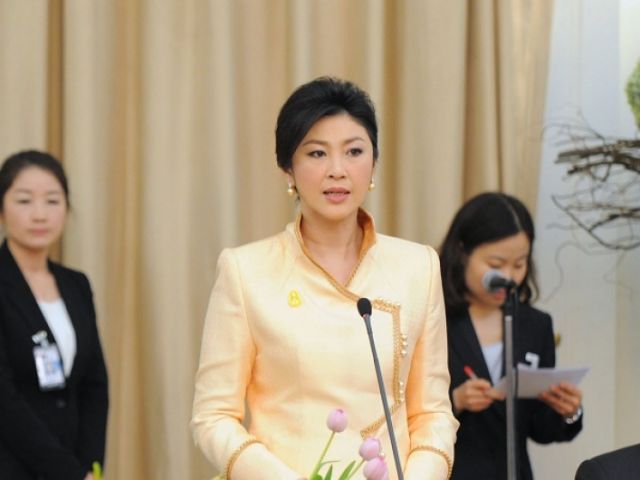 Prime Minister Yingluck Shinawatra is meeting her British counterpart David Cameron today for a trade-focused discussion on business opportunities between the two countries.

Ms Yingluck, on an official visit to the United Kingdom which began Monday and ends later today, said that she would meet the British premier to discuss increased mutual cooperation on tourism, trade and investment, and to upgrade strategic partnership relations.

Thailand is designated one of UKTI’s High Growth Markets. Thailand, with a population of 67 million, is the second largest economy in Southeast Asia and has a strong trade & investment relationship with the UK. The Thai economy is recovering strongly from the impact of devastating floods in October and November 2011. GDP growth in 2012 is expected to be 5%-6%.

Prime Minister Yingluck Shinawatra is meeting her British counterpart David Cameron today for a trade-focused discussion on business opportunities between the two countries.

The Thai premier said she wants more ways to conduct and facilitate trade and investment as she see more growth to come. She will use the opportunity to explain Thailand’s water management plan resulting from last year’s devastating flood year to build confidence among British businesspeople.

Ms Yingluck said that during the talks, she will ask the United Kingdom to reduce red tape in visa applications for Thai citizens wanting to travel for business and study.

She said Thailand has already eased the visa application process and issuing business licenses to help British businesses to invest in Thailand. The two premiers were scheduled to announce a joint statement of intent establishing a ‘Strategic Dialogue’ as a mechanism for high-level bilateral discussion to follow up and set directions of mutual cooperation in the future.

On Tuesday, Ms Yingluck was granted an audience by HM Queen Elizabeth II and extended her wishes on behalf of the Thai government and Thai people for the 60th anniversary of Queen Elizabeth’s accession to the throne, her diamond jubilee. Ms Yingluck later gave a keynote address under the topic of

“Thailand: Unparalleled Opportunities” during a luncheon meeting with executives from leading British companies.

The luncheon was meant to inform Britain’s business community of investment opportunities in ASEAN, and to strengthen mutual relations and networks between the private sectors of the two countries.