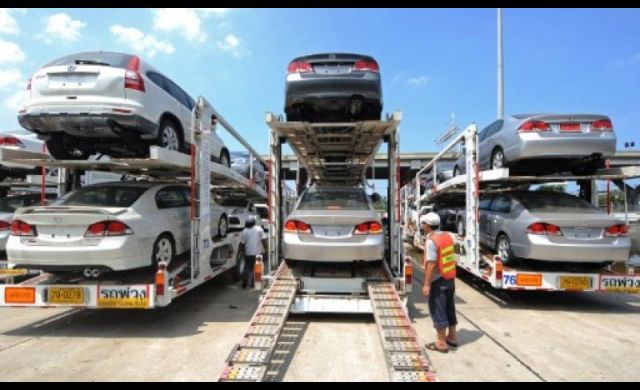 Thailand’s automotive industry is jubilantly celebrating its “2012 Golden Year” as the annual automobile manufacturing has surpassed 2 million units for the first time in five decades.

The champion products are pickup trucks and eco-cars, he said, adding that Thailand has moved forward as one of the 10 top automotive-manufacturing countries.

Federation of Thai Industries (FTI) president Payungsak Chartsuthipol called 2012 as the “golden year” of Thai automotive industry and said the country currently has over 2,500 spare parts and automotive-related plants, hiring a competent labour force of more than 800,000 people.

The auto industry accounts for 10 per cent of the country’s GDP and Thailand is expected to secure the world No 10 position in auto production as the year ends.

It is expected that by the end of 2012, total auto and auto parts exports from Thailand would exceed Bt1 trillion – 1 million automobiles worth Bt600 billion and parts worth another Bt400 billion. Indeed, this makes the automotive industry the top exporter of the country.

Today, Thailand has 2,500 factories for auto assembly plants, auto parts and related industries. In 2012, the investments made by the auto and auto parts industries through the BoI amounted to more than Bt202 billion, up 95 per cent from last year.

In terms of technology, an important factor in automotive industry development, research and development centres have been set up by major auto and auto parts producers. There are no less than nine R&D centres in the country that help transfer production and industrial management technology. This helps Thailand to develop its production quality and match the quality of the world’s leading countries under the “Made in Thailand” badge.

While the entire Thai automotive industry is surging, performance by some companies has been utterly phenomenal. Chevrolet Thailand sold 112% more vehicles in the first six months of 2012 compared with the year-earlier period. Ford Thailand announced its all-time best monthly sales performance for June at 71% y-o-y growth.

Ford this year is also celebrating the opening of its US$450 million plant in Rayong Province. The plant has an initial production capacity of 150,000 vehicles, which increases the American automaker’s capacity in Thailand to 445,000 units annually. That makes Ford, which has invested more than $1.5 billion in expanding its local operations since 2007, one of the largest producers and exporters of vehicles in the country.