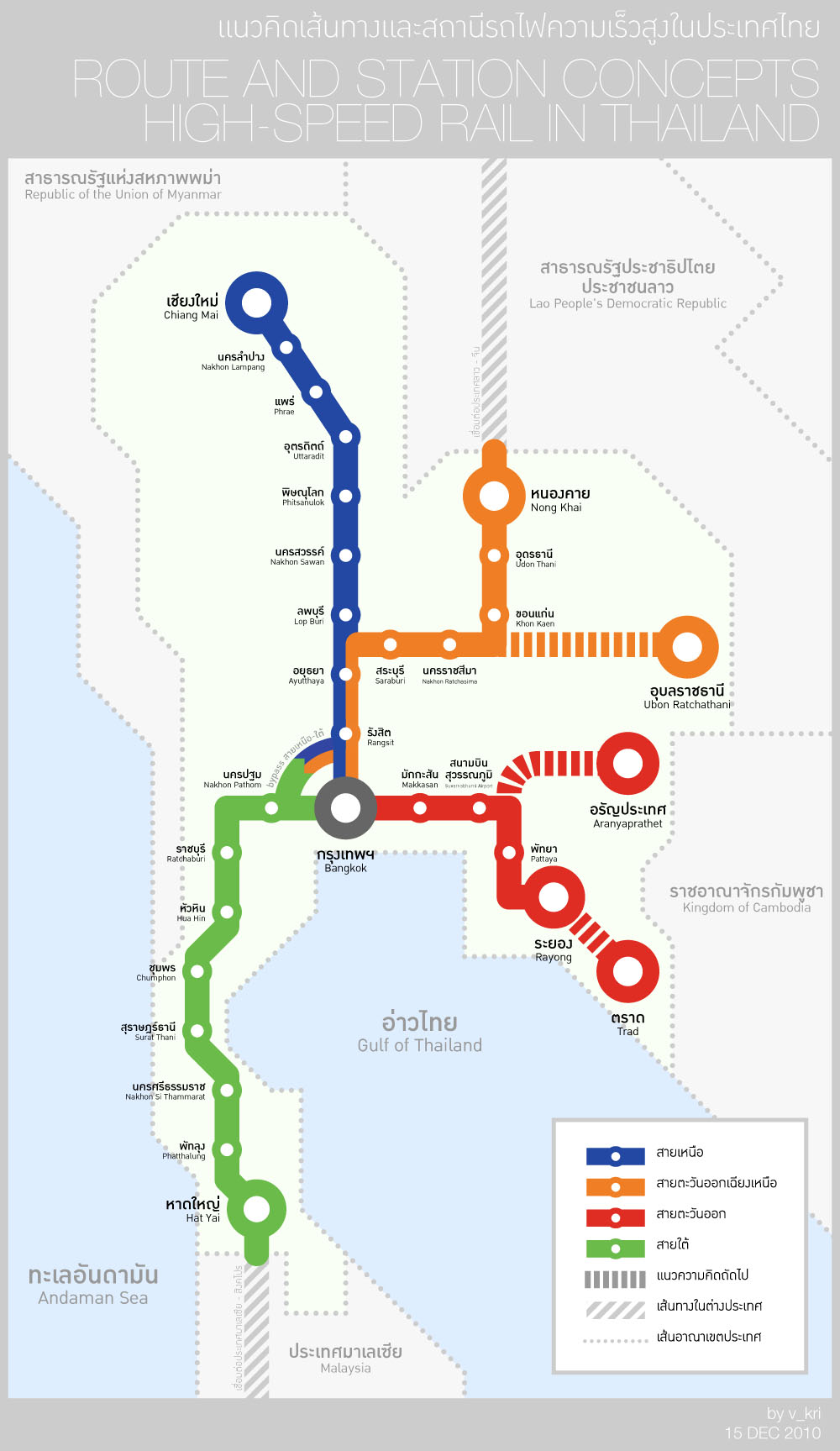 China has reaffirmed its determination to invest in a high-speed rail system in Thailand as clearly stated in an earlier memorandum of understanding (MoU).

Luo Chunfang, China’s deputy minister for railway, raised the issue in a meeting with Thai Prime Minister Yingluck Shinawatra on Friday and assured that an joint investment with China on the system would be much cheaper than with Germany or Japan.

According to the MoU signed on April 17 this year, Thailand and China will cooperate in the development of high-speed rail system on two routes: Bangkok-Chiang Mai, 677 km, and Bangkok-Nong Khai, 615 km.

It would take 6-7 years to finish while speeds can reach 250 km/hour or 300 km/hour, he said, adding that workers for the projects will be hired locally to spur domestic employment.

Ms Yingluck said she hoped the Thai-Chinese cooperation would materialise.

She asked the Chinese deputy minister to give priority to safety and take into consideration integration of Thailand’s existing rail system and development of communities and the environment along rail routes. (MCOT online news)

How can we curb corruption in supply chains?