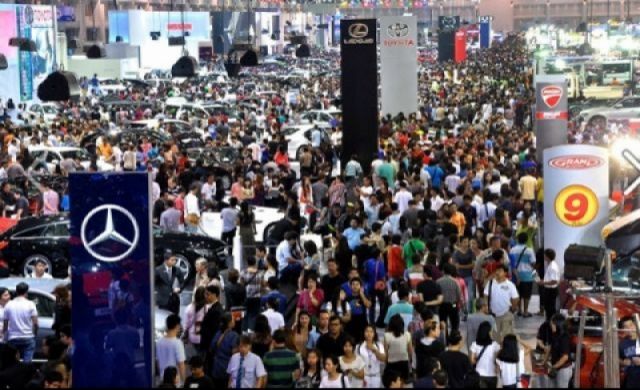 The number of advance auto orders at Motor Expo 2012 hit a record high at 80,000 units, with Honda ranking first with over 16,000 units ordered during the 10-day event. Motor Expo organiser Kwanchai Prapaspong said the number of visitors reached 1.61 million, surpassing the expected figure at 1.6 million, thanks, he said, to an improved economy resulting higher consumer purchasing power.

He said this year’s volume of auto orders volume was forecast at only 50,000 units but it soared to a record high at 80,000, the highest since the event was first begun 29 years ago, counting for over Bt90 billion in circulation.

The previous record was in 2010 with the orders volume at 33,000 units. Apart from the improved economy, the governments first car scheme is also a major factor for this years increased orders, counting for as much as 40 per cent of all orders.

The higher orders also resulted from a rebound from falling orders, affected by last years devastating flood, which hit auto and auto parts plants in Thailands industrial estates.Mr Kwanchai said eco cars orders volume counted for 20 per cent of sales, followed by pickup trucks at 10 per cent, while the rest was for sedans and luxury cars, which amounted to 1,300 units. Honda City, Suzuki Swift, and Honda Brio are the top-three models respectively, gaining the best popularity of orders volume in regard to eco cars.

How can we curb corruption in supply chains?