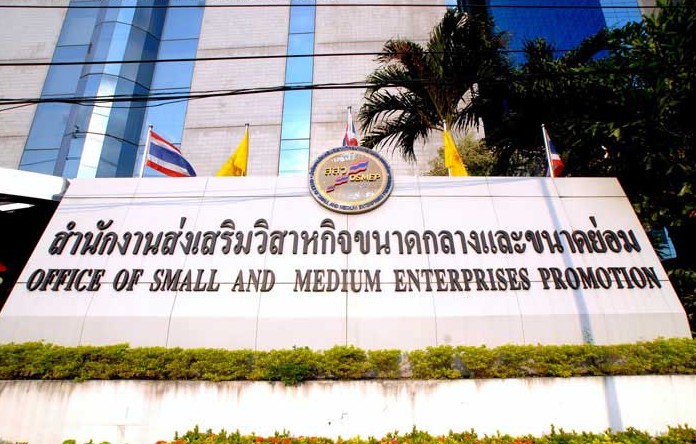 The Thai cabinet today approved a mini-package to alleviate the plight of smaller industries which are impacted by the nationwide minimum wage increase to Bt300.

A wage increase that came into effect on January 1 brings daily minimum wage to Bt300 (US$9.86), about 35 per cent higher than a year ago and significantly higher than Thailand’s neighboring nations.

In the country’s poorest provinces like northeast, wages have nearly doubled

The goals for the current fiscal year include helping companies el iminate their weaknesses, expand on strengths, add value to their products, and gain global competitiveness.

Deputy Prime Minister/Finance Minister Kittiratt Na-Ranong said small- and medium-sized enterprises SMEs making profits of less than Bt300,000 a year will be exempt from corporate income tax – lifting the ceiling from Bt150,000, while those making a profit between Bt300,001 and Bt1 million will be subject to a 15 per cent tax.

A 20 per cent tax will be levied on businesses with profit above Bt1 million. He said the scheme will benefit about 210,000 SME operators and cost the government Bt2.8 billion annually. Another relief measure is the reduction of the business tax by 50 per cent for small scale hotels under the supervision of the Local Administration Organisation for three years.

The tax reduction for provincial hotels will cost the government Bt100 million annually, Mr Kittiratt said, adding that the Comptroller General’s Department and Budget Bureau were instructed by the cabinet to increase the rates for civil servant training to be realistic with the current economic situation.

Trainings and seminars for state officials are mostly conducted at provincial hotels to help spur the economy.Mr Kittiratt said he believed the government’s measures will boost the country’s economic liquidity and the people’s purchasing power, resulting in more revenue for SMEs.“That’s why we are confident that the minimum wage increase will definitely not [negatively] affect the economy,” he said.

Businesses have criticised the policy as a populist move by the government, but analysts say the rise in wages makes economic sense. Thailand’s labour productivity has risen substantially in recent years, and unemployment is at a record low of 0.6 per cent.

Thai business groups have warned of redundancies or increased prices as companies pass the rise on to consumers. However, economists say, an accompanying boost in consumer spending, plus a cut in the corporate tax rate, will help offset companies’ wage-related losses.