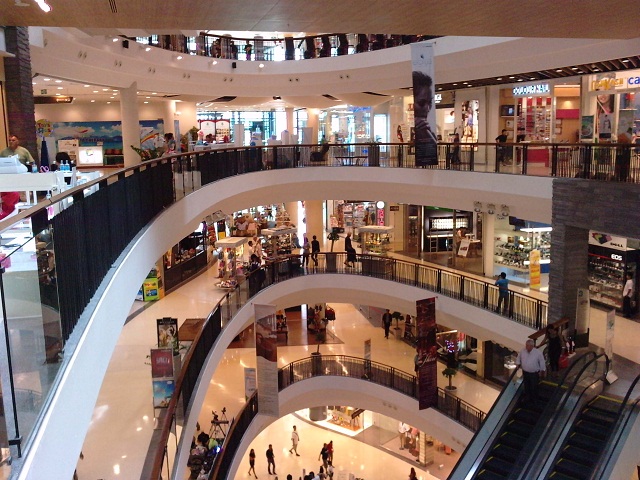 According to leading chinese newspaper China Daily, Thailand’s largest retail conglomerate hopes to attract more high-end Chinese tourists with a new luxurious shopping mall, following an upsurge in visitors over the past year and even greater numbers expected this year.

Central Embassy, a 10 billion-baht ($336 million) project in the heart of Bangkok, regards Chinese travelers as one of its top targets after its shopping mall section opened in December, said Chart Chirathivat, managing director of the project under the Central Retail Corp.

“Despite a lower economic growth rate than before, China is seeking sustainable growth, and a large number of Chinese are still wealthy and keen on buying luxurious goods during the global recession,” he said.

China replaced Malaysia as the biggest source of tourists to Thailand

With 2.3 million arrivals in of 2012, up 61 percent year-on-year, according to the Tourism Authority of Thailand. More than 4,000 Chinese had annual incomes of more than $1.6 billion in 2011, said Chart, citing a report, and adding that those people had not changed their travel and consuming habits despite the world economic recession, and that their interest in brand-name products had grown.

According to a survey by Travelzoo, the US-based global Internet media company covering travel and entertainment, Chinese citizens spend on average $874 each on shopping during an overseas foreign trip, and are the biggest spenders in Asia.

“The objective of Central Embassy is not merely to construct a shopping mall, but to create a new symbol on the Bangkok skyline that will attract new groups of tourists to spend more money in our country,” Chart said. Since the city has no iconic modern buildings, the unique-shaped structure has “an iconic architecture that all Thai people are proud of”, he added.

Thailand, the second-largest Southeast Asian economy, which has recovered from devastating floods in 2011 and political instability the previous year, expects to welcome 3 million Chinese visitors this year, according to its tourism authority.

Tourism is a vital part of Thailand’s economy, employing about 15 percent of the workforce and contributing about 6 percent of GDP, Reuters reported. Song Meidan, a manager from a Beijing-based travel agency, said the estimated increase in Chinese tourists this year will most likely be due to the strong influence of the Chinese cinema box office hit Lost in Thailand. Around 38 million people are said to have watched the movie in one month, shot in north Thailand’s Chiang Mai. Landmark Thai mall aims to lure Chinese |Asia-Pacific |chinadaily.com.cn

An estimated 22 million tourists visited Thailand last year, the most ever for the kingdom and a more than 15% increase from 2011, thanks mainly to a massive 60% increase in Chinese visitors. According to the Tourism Authority of Thailand, authorities hope to welcome nearly 25 million tourists in 2013, generating more than $38 billion in revenue for the country.

In terms of travel and tourism, China has emerged as a fast-growing tourism market in recent years. The World Tourism Organization predicts that the number of overseas trips made by Chinese people will surge from 72 million this year to 100 millions by 2020. The number of outbound tourists was five million 15 years ago. China will become the largest tourist generating country and among the largest for overseas travel in 2020.

However, Bangkok rated best in two very important categories of the visitor experience, shopping and value for money. Tourism Authority of Thailand Governor Suraphon Svetasreni said, “This is a very important result for us because it underscores the success of our marketing campaign. We have always sought to position Thailand as a shopping paradise, thanks to our value for money factor and extensive diversity of products and services.”

Thailand recorded a 31% increase in tourism receipts in 2011 over 2010, according to Ministry of Tourism and Sports figures. The total earnings of 776 billion baht (US$ 25.45 billion) were also well above the original target of 716 billion baht (US$ 23 billion). Visitor spending per capita per day in 2011 averaged 4,187 baht, of which 24% (1,001 baht) was spent on shopping, the second highest expenditure item after accommodation.

Thailand’s retail business to grow 15 to 20%