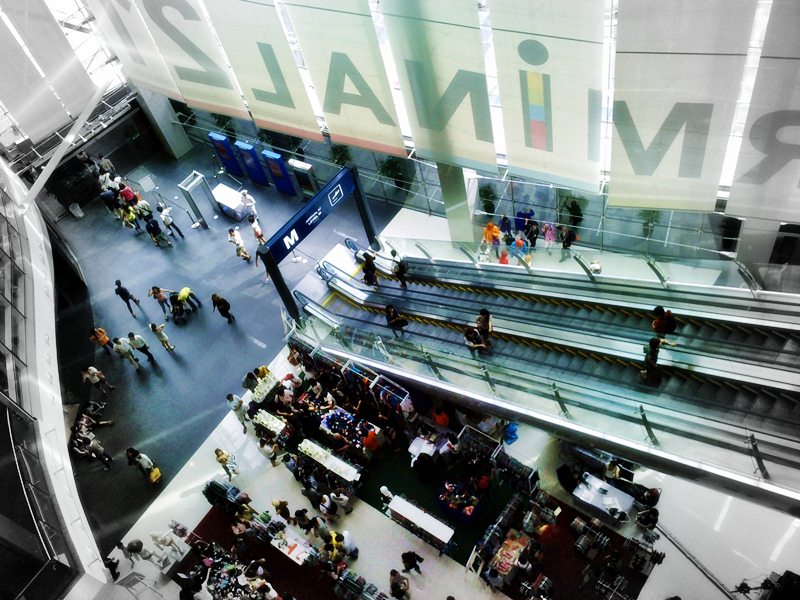 Rising consumer confidence has paved the way for Thailand’s retail sector to continue expanding despite an uncertain external environment, with the largest domestic acquisition in the country’s history looming and a wave of new malls set for development.

While an appreciating local currency and global economic volatility serve as a reminder of pending risks, investor interest in retail remains high on the back of Thailand’s strong economic growth.

On April 24, the international press reported that Thai retail giant CP All had made a $6.6bn bid for the local cash-and-carry firm Siam Makro. CP All, a subsidiary of the conglomerate CP Group, is Thailand’s biggest convenience store chain, operating the world’s third-largest group of 7-Eleven shops.

The benchmark index, which is regarded as an important indicator of the health of the retail market, has moved steadily upwards since autumn 2012.

CP All’s bid for Siam Makro sent ripples through the markets, as it valued the cash-and-carry firm at 53 times its 2012 earnings. CP Group’s share price dropped sharply amid concerns it would have to raise extra capital to complete the purchase, while Siam Makro’s made rapid gains.

If successful, the acquisition would signal a return to the CP Group fold for Siam Makro 16 years after the conglomerate sold its 51% stake in the cash-and-carry chain in the wake of the 1997 economic crisis. Siam Makro is majority-owned by Dutch trading firm SHV Holdings, which had originally partnered with CP Group in a joint venture.

The discount retailer fits in well with the CP Group’s strategic plans for expanding and diversifying its business. Competition in the cash-and-carry segment is lower than in other retail businesses, and Makro has a strong brand and an existing countrywide network of more than 60 shops. Makro is also performing well, having generated revenue of BT112bn ($3.75bn) in 2012, marking a rise of 15% and earning a net profit of BT3.6bn ($121m), up 37% on 2011.

Reports suggest that CP is likely to accelerate Makro’s expansion, buoyed by a favourable outlook for the retail sector.

Thailand’s economic growth has remained strong, despite headwinds from the eurozone crisis and slowdowns in major emerging markets. In April, the Bank of Thailand (BOT) raised its forecast for 2013 GDP growth to 5.1% from 4.9% and its 2014 expectation to 5% from 4.8%. The International Monetary Fund (IMF) was even more optimistic, forecasting growth of 5.9%, although it anticipated a cooling to 4.2% in 2014.

Inflation, which fell in the early months of 2013, is expected to remain low on the back of government efforts to contain prices. The BOT forecast a rate of 2.7% for both the current and coming year, while the IMF is anticipating 3% and 3.4%.

The benchmark index, which is regarded as an important indicator of the health of the retail market, has moved steadily upwards since autumn 2012.

However, in April, the CCI slipped for the first time in seven months over concerns that the appreciating Thai baht could slow exports. After rising towards the end of last year, the retail sales index also cooled in the early months of 2013.

The dips in both indices illustrate that although domestic demand has played a growing part in driving the economy more recently, the country remains susceptible to international trends.

However, deals such as CP All’s planned acquisition, alongside a range of mall and shopping centre developments countrywide, indicate that despite the risks, retail players remain confident about the market’s medium- to long-term outlook.

In the last quarter of 2012, the retail property market continued to “perform well based on strong consumer consumption”, according to a March 2013 report by real estate firm CBRE. Modern retail supply in Bangkok rose 8.88% year-on-year (y-o-y) in the fourth quarter of last year, driven by the completion of six new retail developments. Despite the new space available, top-end retail rental rates rose due to strong demand, while occupancy was a healthy 96.48%.

CBRE expects growth to be maintained this year, supported by three new shopping centres planned by Central Pattana, a subsidiary of local conglomerate Central Group. The expansion of modern retail development outside the capital is also expected to continue.

However, the report found that some segments of retailing are doing better than others. Not all community malls, which have sprung up in recent years, are performing to investors’ expectations, CBRE concluded. Possible reasons given for disappointing results included a poor choice of location or mix of stores and, in certain areas, an oversupply of shops.

With more malls and shopping centres due to open, competition in the Thai retail sector looks likely to become even tougher. CP All’s capital-intensive bid to diversify can be seen in this context. However, a competitive environment looks unlikely to dent investor confidence or the market’s appeal.