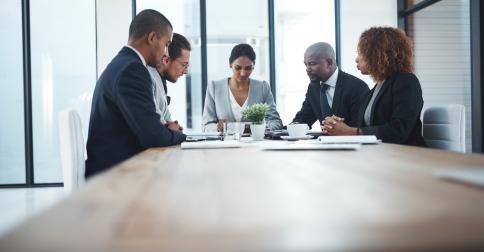 At the bargaining table, a negotiator’s primary objective is to reach the best possible outcome, be it a higher salary, additional accessories when purchasing a car, or acquiring a company at a lower price.

No matter what one negotiates about, the single most reliable predictor of the outcome is the amount of power one has. Although having power is important for many reasons, there are two fundamental ways in which power benefits negotiators.

The first benefit of power is that it emboldens individuals, making them more confident, optimistic and proactive.

Power increases the probability that people consider negotiating in the first place due to higher feelings of entitlement and confidence that a positive result can be achieved.

Those who have power also set higher aspiration prices, make more ambitious first offers and claim more value from their opponents. This is important because the size of the first offer and which party moves first or second in a negotiation both influence the quality of the outcome. Indeed, research has shown that those who have more power are more likely to make the first offer in a negotiation and end up with better deals.

Power shields negotiators from the tactics of the other side

The second way power benefits negotiators is by protecting or shielding them from attempts by others to influence them. Power can increase personal resilience towards what is going on in the environment. For example, those who have more power are less likely to conform to the opinions of others than those who have less power.

Having power also makes negotiators less susceptible to the strategic influence tactics of the other side.

Research suggests that, for instance, having power reduces the likelihood that facing an angry counterpart (as opposed to a happy one) would lead to larger concessions, or that a negotiator would fall prey to deliberate sympathy appeals of those with less power.

The four horsemen of negotiator power

Given the vast benefits of having power in a negotiation, knowing how to acquire it is crucial. In our article, “The four horsemen of power at the bargaining table” in the Journal of Business & Industrial Marketing, we identified four important sources of power, where they come from, and how they help (and sometimes hurt) negotiators at the bargaining table.

The first horseman of power: alternatives

New wave of business opportunities in Thailand with the EEC