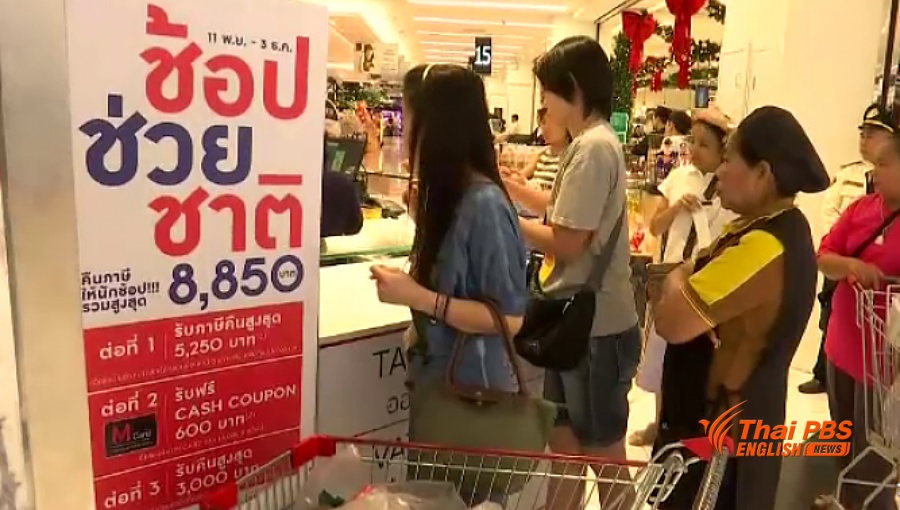 The tax break shopping scheme or “Shop Chuay Chart” started this week in Thailand as shoppers flocked to various supermarkets and department stores to buy and get receipts for deduction on their annual personal income tax.

Today, many major retailers rolled out sales promotions to attract customers to shop and boost sales during the Shop Chuay Chart campaign which will last until Dec 3, or 23 days in total.

However, the tax deduction will be capped at 15,000 baht.

The government expects the tax break shopping could boost sale at least 30%.

But some shoppers reportedly lodged complaints with the Internal Trade Department (ITD) that traders have deliberately removed discount price tags of goods on shelves and put new price tags higher than the earlier price tags, indicating that they intended to exploit the state-promoted campaign to stimulate economy.

Not allowed for deduction

Complaints from the public immediately prompted the ITD to issue stern warning that any traders found to behave unethically by deliberately raising good prices would face legal actions.

Officials were sent to several shopping places to check out the alleged unethical practices by traders.

Central Pattana or CPN, a major retailer and property development company, has spent more than 400 million baht for the promotion campaign, while Tesco-Lotus is offering  30-50% discount promotions.

Some Tesco branches will also extend their operating hours to give customers more time to shop.

Online shoppers are also advised to request for the full receipts in order to enjoy the tax privilege.

Taxpayers who will be benefitted from the tax break campaign are those earning 150,001 baht or more a year and have purchased the products with value-added tax.

The products which are exempted from the value-added tax are not applicable to the tax break such as book, textbook, gold bullion, alcohol, beer and wine.