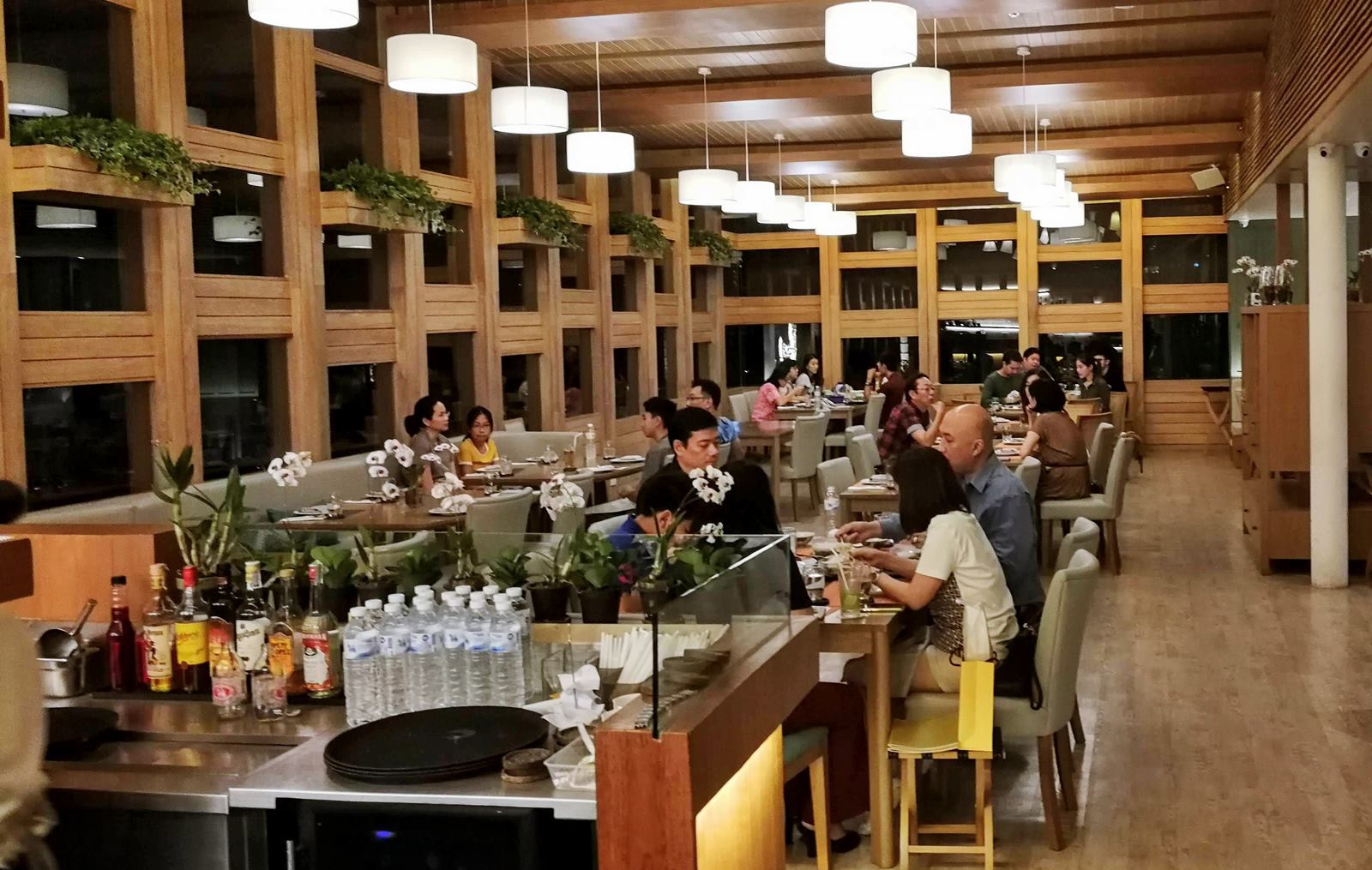 Restaurant business still has a chance to grow amidst economic fluctuation. EIC estimates a 4-5% business expansion in 2019-2020 as a result of changing population structure: smaller household, urban expansion and changing consumer lifestyle.

We have to keep our eye on Asian restaurants, especially the Japanese ones, and cafés like coffee shop because the competition tends to get violent.

The entrepreneurs have to adapt to key trends that will shape restaurant industry, such as popularity in fast casual restaurant, giving an importance to Foodie influencers and food searching platforms, as well as popularity in delivery channels.

Despite its constant growth, a great number of entrepreneurs cannot succeed and go out of business. So before stepping in, it is needed to be careful in choosing a proper location, to focus on quality and service, and to make a difference.

More importantly, cost management and building relationship with customers are the key to survive your business in the long run.

Restaurant business overview and its competition

Restaurant business tends to be constantly growing as a result of structural change like smaller household and changing consumer lifestyle.

Though the deflation in the consumption from household  income hasn’t been much recovered in the last few years and the farm income is low-level, according to Euromonitor, it shows that food service1 business revenue in Thailand can still be constantly growing by 4% per year between 2013-2018.

Its growth is more than average private consumption in the same period: 2.4%; leading the market value to increase approximately to 880 billion bahts in 2018.

EIC estimates that restaurant service still tends to continuously grow by 4-5% between 2019-2020. The key driving factors are changing population structure of which a household gets smaller and needs more convenience, the urbanization along with the expansion of new shopping centers.

These factors affect people to change their behavior: dining out and ordering the takeaway more. According to NSO’s survey of Thai household expenditure on food, it reflects that Thai households spent more on eating out or takeaway approximately by 3% per year between 2009-2018, different from spending on self-cooking meals which grew only by 1% per year in the same period.

This information is consistent with the EIC survey on consumption behavior in 2017, which reported that 68% of respondents did more outdoor activities.

The most popular one, voted by 65%, was eating out. 76% of consumers spent more money on outdoor activities. Apart from domestic consumption, increasing foreign tourists also help push the income growth for restaurants despite the economic slowdown.

According to  these foreign tourists’ expenditure on food and beverage between 2013-2017, it tended to constantly grow by 5% per year or approximately 10,568 bahts/person/trip. It reflects the opportunity for restaurant business to grow much more, especially in the significant tourist attractions.

Restaurant growth is mainly the result of chained restaurant expansion

According to Euromonitor, the sales of chained restaurant consistently expanded by 9% per year between 2012-2018, while branch expansion grew by around 8%. Most of the branches were expanded to the growing retail spaces. They grew more than non-chain restaurants whose sales and outlets respectively increased by only 4% and 2% per year.

Considering restaurant types, the ones with limited service, such as ordering at the counter and self-service or, in some places, with staff serving, tends to grow so much because they can serve in terms of speed, reduce staff numbers and maximize table turnover. It causes the entrepreneurs to invest this kind of restaurant. In the past, this kind of restaurant was mostly fast-food chain selling burgers; now other kinds of restaurants…