The COVID-19 pandemic and the US-China trade friction have failed to slow Thailand’s resilient electronics and electrical (E&E) industry which on the contrary many investors see as a haven, Thailand Board of Investment (BOI) data shows.

In the first nine months of 2020, the number of foreign and domestic companies which applied to invest in Thailand’s E&E sector actually rose to 106 projects, from 94 projects in the same period in 2019, making it by far the most popular sector, totaling over $1.2 billion in investment applications submitted to the BOI.

With a supply chain of some 2,500 companies and 800,000 employees ranging from researchers with doctoral degrees to vocationally trained technicians and experienced assembly line workers, it is the country’s largest manufacturing employer, according to Thailand’s Electrical and Electronics Institute (EEI).

E&E is fundamental to Thailand 4.0

This ambitious vision involves creating a regional hub for futuristic industries including medical devices, electric vehicles, robotics and automation. At its heart is the technological transformation of one of Thailand’s long-established core industries, electrical and electronics, into what is today termed “Smart E&E” and the emergence of the so-called Internet of Things (IOT).

Thailand’s E&E sector has burgeoned into a global powerhouse and is the world’s second largest exporter of computer hard disc drives, air conditioners and washing machines, according to GSB Research, a unit of Thailand’s largest state-owned bank.

Back in 2002, New York-listed Benchmark Electronics Inc. paid $45 million for the Thailand and U.K. operations of an American competitor.

Today, Benchmark’s Thailand unit accounts for one-fifth of the company’s $2.3 billion global revenues after morphing into a manufacturer of such sophisticated, high value-added products as surgical lasers, defibrillators and optical sensing technology for electric vehicles.

Delta Electronics Inc., a Taiwan-based multinational that is one of the world’s leading manufacturers of power supplies and electronics fans that are essential to cool computers, smart phones, home appliances and, increasingly, medical devices and electric vehicles, first opened a factory in Bangkok in 1988 and in 1995 listed its local subsidiary on the Stock Exchange of Thailand.

Today, Delta Electronics (Thailand) employs 12,000 people and accounts for $1.6 billion, or about 18 percent, of the group’s $9 billion global revenues.

Bangkok is the regional headquarters for all Delta’s operations in Southeast Asia, India and Australasia and the Thailand business oversees research and development hubs in Bangkok, India, the U.S. and Germany. Next year it plans to expand further by opening a third factory in Thailand.

“As an investor we really wanted to find a country that can give you confidence for the long term and that is why we chose Thailand,” says Delta Thailand President Jackie Chang. “It is also very good for logistics, such as air and sea freight, and the people can adapt easily to different cultures.”

Other global giants with presence in Thailand include Daikin, Mitsubishi, Sony and Toshiba of Japan, LG and Samsung of Korea, Bosch and Siemens of Germany, Seagate and Western Digital of the U.S.

The sector also includes local champions such as chip designer Silicon Craft and ThaiGerTec, a Thai-German joint venture that designs and develops microelectronics, powerelectronics and embedded systems for the automotive industry.

In total, Thailand’s E&E industry generates $56.5 billion worth of exports in 2019, or 24 percent of total exports, according Thailand’s Ministry of Commerce and GSB Research. In addition to a strong supply chain and skilled human resources, Thailand’s attraction for E&E investors also stems from its strategic geographical location at the crossroads of Asia, which has enabled it to become one of the world’s top exporters.

Investors also benefit from privileges offered by the BOI. E&E companies focused on innovation and research and development can receive tax breaks of up to 8 years and other incentives such as renewable smart visas of up to four years for international talent and investors in key sectors such as smart electronics, as well as their families.

Similarly, both Benchmark Electronics Inc. and Delta Electronics (Thailand) are upbeat about the prospects for Thailand’s E&E sector. “We have a lot to look forward to,” says Mr Rocha. “Next year and 2022 are going to be pretty big for us. We are increasing our investment and the BOI is going to be a big part of what we do here.”

Source : Thailand Board of Investment

Five ambassadors urged to open up Thailand to foreign skilled labour, cut red tape on foreign investment to allow Thailand to move in the top 10 of the World’s Bank’s ease of doing business index 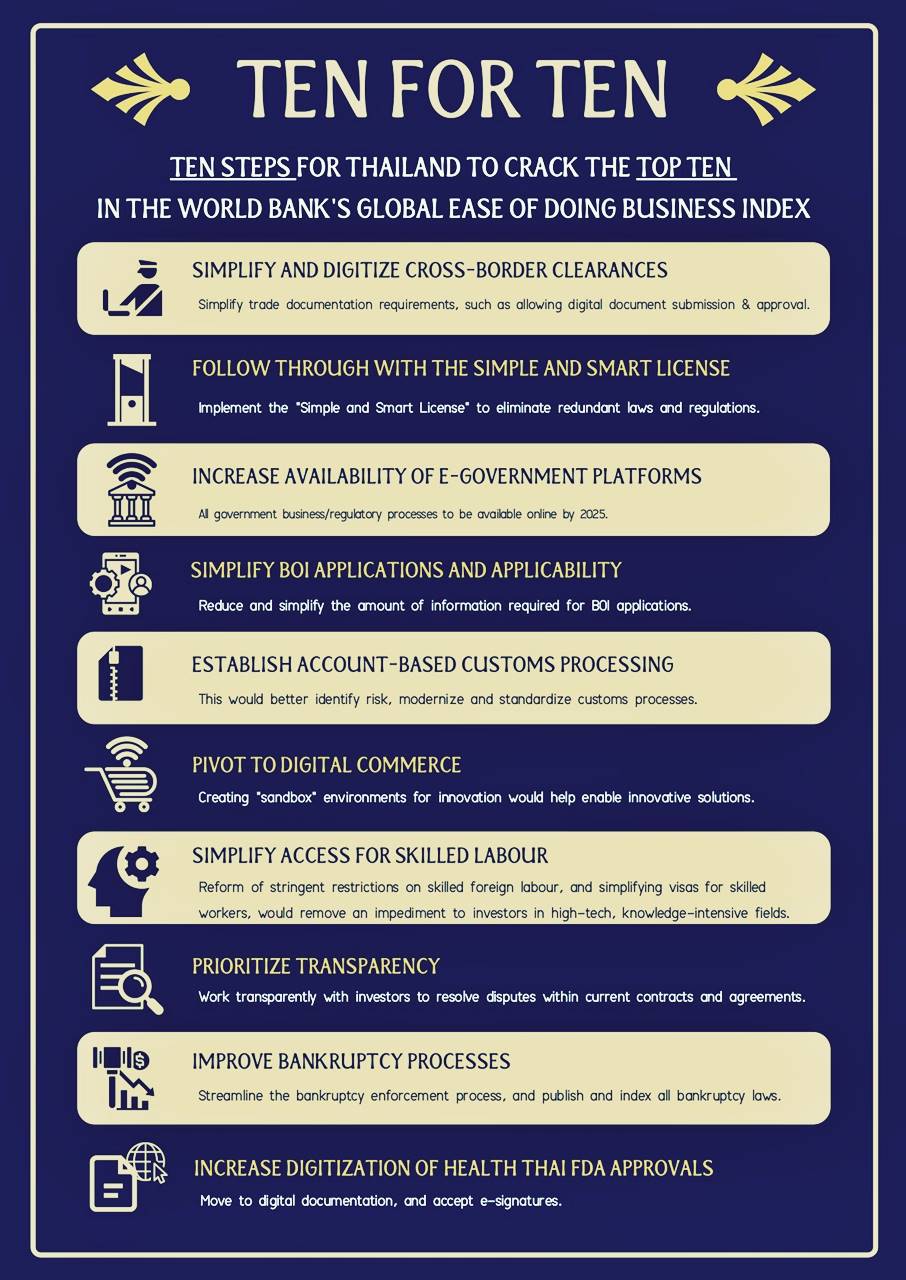 Thailand has made very impressive gains in recent years in the World Bank’s Ease of Doing Business index, moving from 46th to 26th to 21st position in recent years. 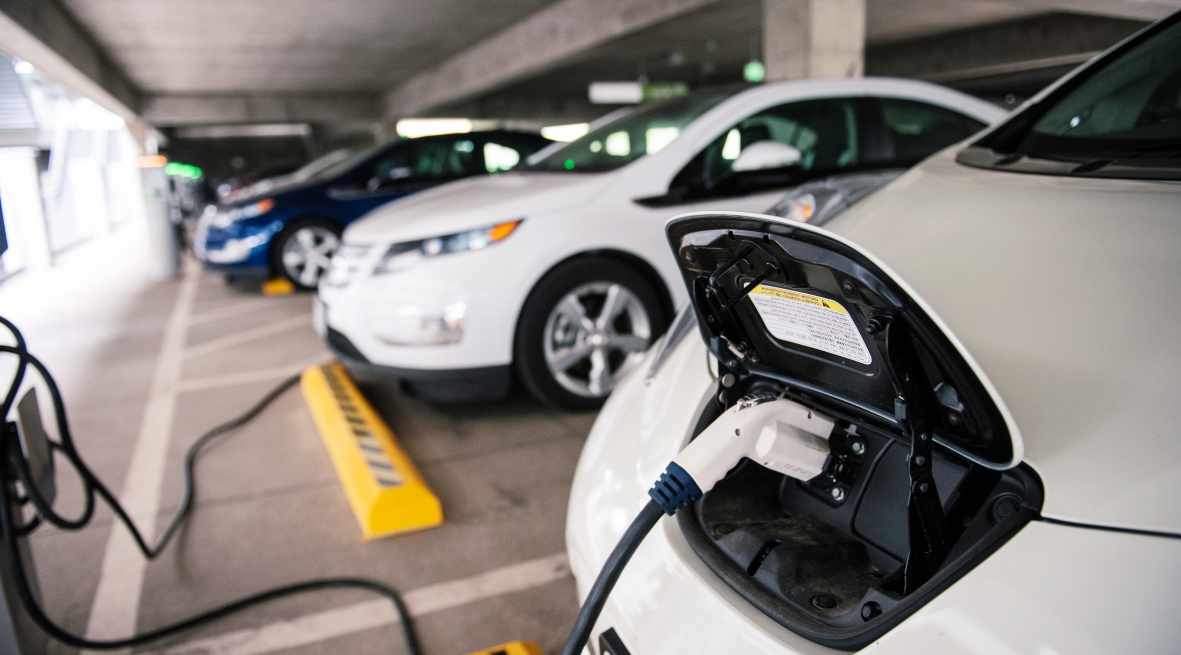 The Thailand Board of Investment (BOI) today approved the roll out of a comprehensive set of incentives covering all major aspects of the electric vehicles (EV) supply chain, with a focus on battery electric vehicles (BEVs), local production of critical parts, and the inclusion of commercial vehicles of all sizes as well as ships.