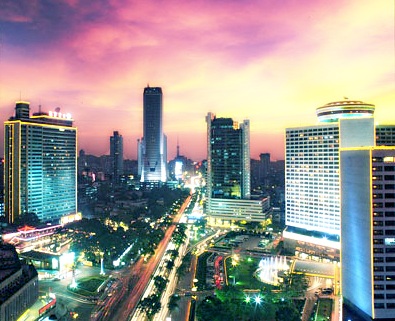 Guangzhou, capital of Guangdong province in southern China, is the country’s third largest city following Shanghai and Beijing. The city’s business potential, high purchasing power of local residents, and the good relations which exist between Thailand and China are all factors attracting the penetration by Thailand’s Board of Investment BOI into this vibrant metropolis.

BOI representatives and related agencies recently visited Guangzhou and conducted a seminar there to provide knowledge about Thailand and invite Chinese businessmen to invest in the country.Thai Industry Minister, Chaiwut Bannawat, said the seminar widely received good results from potential Chinese investors due to positive attitudes of the local residents towards Thais.”Thai people enjoy especially good relations with the people of Guangdong province, as around 80 per cent of the Thais of Chinese origin in Thailand are from here, and these racial close ties help enable trade expansion as a result,” said Mr Chaiwut.

Thai exports to China are expected to have plenty of rooms to grow in 2010 because of the incessantly growing economy of China and the tariff reduction to 0% following the ASEAN-China Free Trade Agreement (FTA).

As Guangzhou has several kinds of industrial potential, including automobiles, shoes and high technology, BOI deputy secretary-general, Pasu Loharjun, said the city was the first destination the investment agency selected as a potential lucrative market.”Guangzhou is a place which BOI sees as having importance and gives priority to. Also, there has already been much investment between Thailand and Guangzhou,” said Mr Pasu.Although convincing Chinese investors to invest more in the Land of Smiles can take some time, Thailand’s future seems bright when it comes to opportunities for trade expansion in Guangzhou, as emphasised by Pisanu Suvanajata, consul-general at the Royal Thai Consulate-General in Guangzhou.

“The main strategy of Guangdong province concerns automobile, electronics, and petrochemical industries, considered as the main mechanism that has driven the economy of Guangdong in the past and will continue to do so in the future. Thailand will benefit from China if it can penetrate these three industries,” said Mr Pisanu.The greatest number of Chinese visitors to Thailand are from Guangdong province, counting around 80 per cent of the average 900,000 Chinese entering Thailand each year.

Guangzhou is the third largest city in China and southern China’s largest city. As of the 2000 census, the city has a population of 6 million, and an urban area population of roughly 11.85 million, making it the most populous city in the province and the third most populous metropolitan area in China. The Guangzhou government’s official estimate of the city’s population at the end of 2009 was 10,334,500, an addition of 152,500 people from last year.

Thai exports to China are expected to have plenty of rooms to grow in 2010 because of the incessantly growing economy of China and the tariff reduction to 0% following the ASEAN-China Free Trade Agreement (FTA). The mentioned factors are believed to help facilitate wider access of Thai exports to the Chinese market.

KResearch forecasted that Thai exports to China this year could expand by at least 25% year-on-year, and could play a vital role in boosting economic confidence when consumption, investment, and tourism of the country are in decline following the prolonged political standoff.

However, the Chinese government is expected to enforce stricter financial measures to control inflation and bubble in its property market, the main risk factors towards stable economic growth of China. Hence, the Chinese government might increase its policy interest rate in the second quarter and that could reduce consumption and investment in the latter half of 2010.

Based on the analysis, main export products from Thailand to China with potential to grow further continuously include computers and computer parts, para rubber, chemical products, plastic resin, rubber products, and tapioca

Thailand to collaborate with China to improve rail system

Thailand has a business freedom index of 85.3 out of 100. This is a big improvement over last year, which helped to increase the country’s overall score to 69.7, a 0.3 point jump from last year.

Thailand ranked 3rd in ASEAN, 9th among 40 Asia-pacific countries and 42nd in the World on the most recent on Economic Freedom index. Singapore tops the list for the second consecutive year, followed by New Zealand and Australia.