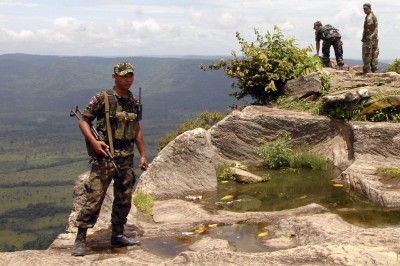 The ongoing border dispute between Thailand and Cambodia actually represents something of a strategic opportunity for China—can it use its influence with the two nations to bolster its argument that it is rising peacefully?
As a member of the UN Security Council, China has already called on the two parties to peacefully resolve the crisis, while supporting the UN view that the Association of Southeast Asian Nations should take a leading role in facilitating dialogue on the issue. China’s actions so far, then, appear to support its stated policy of securing an amicable, tranquil, and prosperous ASEAN neighbourhood, as well as its interests in boosting trade and security cooperation.
Still, China may have an opportunity to play a more prominent role in the resolution of the crisis through behind the scenes bilateral diplomacy in support of ASEAN’s objectives. The question is whether or not China will be able to take advantage of …
Read More…