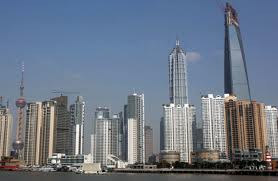 Property remains the top investment choice in China despite the fact that nearly three-quarters of residents think housing prices are too high and “difficult to accept,” according to a central bank survey released on June 16.

The survey, conducted by the People’s Bank of China and covering 20,000 urban depositors in 50 cities, showed that 74.3 percent of the surveyed think housing prices are too high and “difficult to accept.” The figure was almost the same compared as the first quarter of this year.

Along with growing headline inflation figures, ever-rising property prices have turned from a lingering headache into a full-blown migraine for authorities in Beijing

As to the trend of the housing market in the second half of 2011, more than 34 percent of those surveyed predicted that property prices will remain stable, while nearly 26 percent said prices would trend upward and almost 19 percent believed they would fall.

Nearly 15 percent of them expressed willingness to buy property in the coming quarter, 0.8 percentage points lower than last quarter. Among major investment channels, 22.2 percent of people chose “property.” Though the figure is 2.8 percentage points lower than last quarter, real estate was still the top investment choice.
Excerpt from:

The restructuring of the economy and resulting efficiency gains have contributed to a more than tenfold increase in GDP since 1978.

Agricultural output has been vulnerable to the effects of weather, while industry has been more directly influenced by the government.

A report by UBS in 2009 concluded that China has experienced total factor productivity growth of 4 per cent per year since 1990, one of the fastest improvements in world economic history.

China’s ongoing economic transformation has had a profound impact not only on China but on the world.

China is expected to have 200 million cars on the road by 2020, increasing pressure on energy security and the environment, government officials said yesterday.

In large part as a result of economic liberalization policies, the GDP quadrupled between 1978 and 1998, and foreign investment soared during the 1990s.