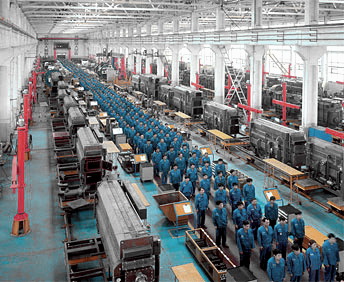 China and the World Bank are jointly researching ways to help rebalance the world’s second largest economy and move toward a path of sustainable growth under the current challenging global economic situation, said World Bank Group President Robert B. Zoellick on Monday.

A report, jointly being prepared by the World Bank, China’s Ministry of Finance, and the Development Research Center of the State Council, will be released later this year to support China in identifying the many challenges and policy choices it will face in the next two decades, as the country seeks to avoid the so-called “middle-income trap,” a stage of economic development that has slowed progress in many countries, Zoellick said.

Regarding this autumn as “a sensitive time facing the world’s major economies,” Zoellick said many countries, including the United States, the European Union and Japan, were facing the similar fundamental challenge of restructuring for sustainable economic growth.

In next 10 years, however, Zoellick said he could not imagine China continuing to rely on exports for growth, especially when developed economies have had difficulties recovering

“Perhaps the challenge is more difficult for China as the country has already made remarkable progress, and thus it’s not easy to persuade people to make a change,” he said.

Commenting in Beijing on a weekend workshop with senior Chinese officials and outside experts, Zoellick said there was agreement that China will have to rebalance its economy, improve the environment, reduce inequality and advance the quality of life for its people while at the same time maintaining rapid growth.

“In the near term, inflation is China’s priority, as Premier Wen Jiabao mentioned,” Zoellick said, adding that the Chinese government was moving in the right direction, though it was too early to have the problem solved.

In next 10 years, however, Zoellick said he could not imagine China continuing to rely on exports for growth, especially when developed economies have had difficulties recovering

Related Topics:sustainable development
Up Next