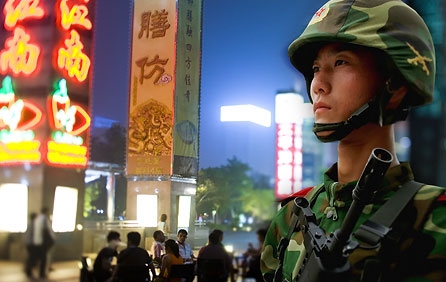 The Chinese government published a White Paper on the Country’s development, stressing peaceful development as China’s choice to realize modernization, make itself strong and prosperous and make more contribution to the progress of human civilization.

The White Paper, released by the State Council Information Office SCIO on its official website, introduces the path, objective and foreign policy of the peaceful development and elaborates on what China’s peaceful development means to the rest of the World.“Situated in the East, China, a Country with an ancient civilization and a population of 1.3-B+, is making big strides in its advance toward modernization.

At the beginning of the 2nd decade of the 21st Century and on the occasion of the 90th anniversary of the founding of the Communist Party of China CPC, China declared solemnly again to the World that peaceful development is a strategic choice made by China to realize modernization, make itself strong and prosperous, and make more contribution to the progress of human civilization, the White Paper says.

Specifically, the White Paper says this means that China will work to make life better for its people and contribute to human progress through hard work, innovation and reform carried out by the Chinese people and growing long-term friendly relations and promoting equality and mutually-beneficial cooperation with other countries.As a member of the International community, China has great hope for the future and adopts the thinking on International relations and foreign policies that conform to peaceful development, it says.

China is following its Asian predecessors in significant and sustained unilateral trade liberalisation. Where it differs in its integration model is in its openness to foreign direct investment. These Chinese policies, further supported by the sheer scale of the Chinese labour force and the quality of Chinese infrastructure, facilitate a continued deepening of already strong intra-regional trade integration, and the development of production networks centred on final assembly in China.

Several of these developments are already widely commented on. These include the likely shift in China’s own growth strategy away from merchandise exports toward domestic demand, and a corresponding shift in domestic saving-investment imbalances to levels that prevailed a decade ago, even as the country remains a significant capital exporter. Also fairly likely is continued sluggish growth in the advanced countries as their public finances and financial systems rebalance.

The reshaping of the Asian economy around the rise of China