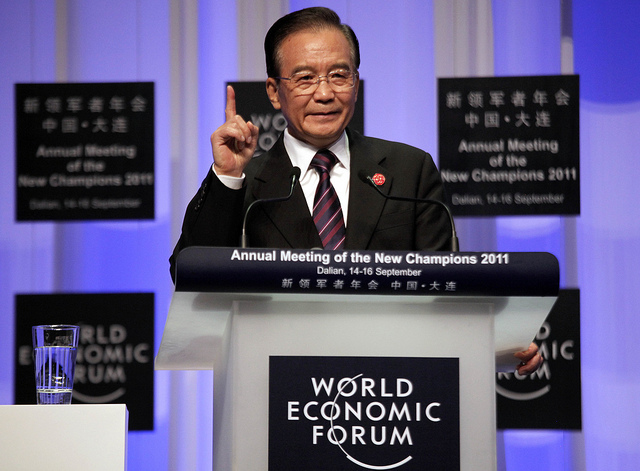 The Minister of Industry has revealed that foreign direct investment (FDI) has been increasing continuously in Thailand. During the first eight months of 2011, foreign investment projects applying for investment incentives grew 76.4 per cent to a total investment value of over Bt215 billion, as compared to the same period last year. Japan is still number one, but China is growing fast behind.

The greatest growth in term of investment value  came  from  China,  with  this  year’s  value  more  than  twice  that  of  2010.  Japanese investment still ranked highest, however, with a total investment value exceeding Bt100 billon. The Secretary General of the Board of Investment noted that small and medium-sized foreign projects have set Thailand as their investment destinations.

The second highest investment value was from China, which showed a 22.2 per cent increase in terms of number of investment applications submitted, from 18 in 2010 to 22 this year.  The investment value increased from Bt8.14 billion last year to Bt24.837 billion in 2011, representing a  205.1  per cent jump.

The investment value China's investment in Thailand increased from Bt8.14 billion last year to Bt24.837 billion in 2011, representing a 205.1 per cent jump.

Dr. Wannarat Channukul, the Minister of Industry, disclosed that, based on the FDI statistics for January – August 2011 reported by the BOI, during that eight-month period there were   679   foreign   investment   applications   submitted   for   investment   incentives,   which represented a 28.8 per cent increase over last year’s 527 applications. The investment value also increased to a total value of Bt215.429 billion surpassing last year’s figure of Bt122.151 billion by 76.7 per cent.

The FDI growth during January – August 2011 derived from strong investment activity from a number of countries. The largest foreign investment was still from Japanese companies, whose investment projects submitted for promotional incentives grew 60.4 per cent, from 225 projects in 2010 to 361 projects this year. The Japanese investment value rose 110.7 per cent, from Bt49.723 billion last year to Bt104.786 billon in 2011.

Investments from Singapore has also grown, with the investment value of Bt17.514 billion made this year representing a 101.9 per cent increase over Bt8.675 billion during the same period in 2010. The number of applications submitted in 2011 was 38, down slightly from last year’s 41.

“The fact that many Asian companies have increasingly been investing in Thailand is a good sign and strongly confirms the country’s potential as a production base and a gateway for export  of  industrial  products  to  ASEAN  markets,  especially  when  the  ASEAN  Economic Community (AEC) is formed in 2015.” said the Minister of Industry. “I believe this strong FDI trend will continue to grow, especially from the Chinese investors. During September 22nd to

25th,  the  Ministry  of  Industry  will  lead  a  mission  of  Thai  investors  to  attend  “The  China International SME Fair 2011” in Guangzhou, China. The Ministry will take this opportunity to have discussions with the Chinese government and private sectors in order to encourage more investors to do business in Thailand.”

According to Dr. Atchaka Sibunruang, the Secretary General of the BOI, the projects that applied for investment incentives were mostly those with an investment value of less than Bt100 million, which accounted for 57.7 per cent of all foreign project applications. Most of them were additional investments  for previously existing projects, with the number of projects and total investment value of 346 and Bt126.639 billion, respectively.

Rise of the yuan: good news for Thailand?