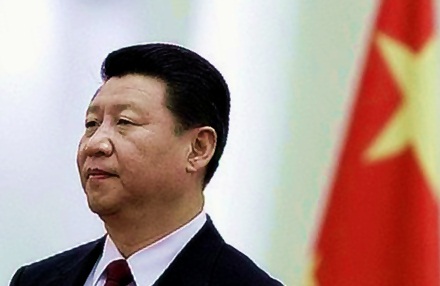 Mr. Xi Jinping, Vice President of the People’s Republic of China, has payed an official visit to Thailand as guest of the Thai government on 22-24 December 2011.

Prior to the visit, the Cabinet, during its meeting on December 19, approved two memorandums of understanding (MOUs) between the two countries and an Action Plan on Sino-Thai Cultural Cooperation for 2011-2013.

The Chinese Vice President will have an audience with Her Royal Highness Princess Maha Chakri Sirindhorn, Prime Minister Yingluck Shinawatra, and other important persons. He will also witness the signing of the MOUs and the action plan, highlighting Thai-Chinese cooperation.

The first MOU approved by the Cabinet involves cooperation in the filed of sustainable development. Foreign Minister Surapong Tovichakchaikul will represent Thailand in signing this MOU, which calls for the development of a high-speed train system on the Bangkok-Chiang Mai route, linking with Lao PDR and other countries in the ASEAN region.

Another MOU calls for maritime cooperation between the two countries. Minister of Natural Resources and Environment Preecha Rengsomboonsuk will sign the MOU on behalf of the Thai government.

Under the Memorandum of Understanding signed by KBank CEO Banthoon Lamsam and CDBexecutive vice-president Li Jiping at the KBank headquarter, the CDB will provide a reserve of1.5 billion yuan to KBank’s Shenzhen Branch, while an equivalent amount will be granted to theCDB by KBank to support their business expansion into Thailand.

Other aspects of the business cooperation include syndicated loans for large infrastructuralprojects and related construction to be extended to investors in Thailand, plus the sharing ofvaluable data, research experience and business innovations, as well as employee skillsenhancement and other training, said Banthoon at the signing ceremony.

“All of these are aimed at enhancing the financial strength of both parties and fortifying thisbusiness alliance in the future. The cooperation will hopefully facilitate the trade and investmentbetween China and Thailand,” he added.

Japan and China to Send Experts in Thailand